Grayscale announces 13 crypto assets that it is considering for trust incorporation. 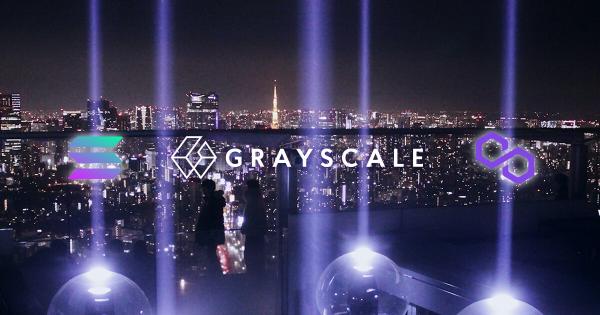 Digital currency asset managers Grayscale has announced the addition of 13 new crypto projects to their list of assets under consideration, including newer chains like Polygon (MATIC) and Solana (SOL).

The firm currently operates 13 single asset trusts, the biggest one being the Bitcoin Trust, with $25 billion under management. As well as a multi-asset trust valued at $404 million, consisting of BTC, ETH, BCH, LTC, and LINK.

Rumors of a Chainlink filing in late January this year resulted in a 20% spike in the price of LINK. Chainlink was one of several projects under consideration at the time. It managed to pass assessment criteria to gain trust incorporation on February 26, 2021.

As such, Grayscale’s assets under consideration list has become something of a register for speculative investors to contemplate over. But which tokens have made the latest draft?

Since February this year, Grayscale began officially documenting which tokens they are considering to incorporate as trusts. They deem this important for maintaining transparency around their operations.

This brings the total number of assets under consideration to 31 different tokens. Bold items below refer to tokens added in this most recent draft.

The consideration column contains several crypto titans, including Cardano, Polkadot, and Uniswap. But Grayscale is quick to mention that the list is by no means a guarantee of trust incorporation.

They say the selection process is complex and multifaceted. It requires extensive review and examination of tokens based on analysis of internal controls, custody arrangements, and regulatory considerations.

This quarter was an exceptional period for the firm, as more than half of 2020’s inflows came in this last quarter. In turn, the annual inflows for 2020 were 4x greater than the inflows for the previous seven years combined.

“$3 Billion Dollar Quarter: Grayscale experienced unprecedented investor demand, with approximately $3.3 billion of inflows. Investment into the Grayscale family of products surpassed $5.7 billion during 2020, more than four times the $1.2 billion cumulative inflow into the products from 2013-2019.”

However, it remains to be seen if this level of interest has continued into 2021.

A look at the trailing 3-month performance of Grayscale trusts shows a mixed bag, with the Ethereum Classic Trust coming out on top with a +355% gain. In contrast, the Basic Attention Token Trust is the worst-performing with a -41% drop.