The only reason why Ethereum reached ~$1,400 during the 2016-2018 bubble was undoubtedly initial coin offerings — better known as ICOs. 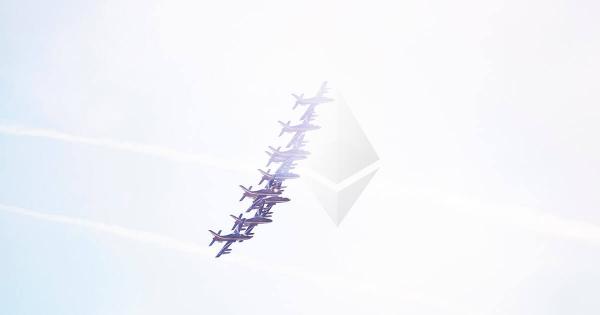 Photo by Matteo Balzanelli on Unsplash

The only reason why Ethereum reached ~$1,400 during the 2016-2018 bubble was undoubtedly initial coin offerings — better known as ICOs.

During the previous bull market, entrepreneurs tried their hand at startups, raising money by selling tokens they minted out of thin air in ICOs. As ICOs often raised money through ETH — one of the most well-known, easy-to-use adopted, and integrated crypto assets —the asset saw a colossal surge in demand.

“The ETH all time high price is likely a red herring, and was driven by a very specific dynamic (buy ETH to place in ICOs, no sell pressure because ICO treasuries didn’t think about that). “

This sentiment has been echoed by other commentators such as trader “Whale Panda.”

ICOs are now bust, with most altcoins down over 80 percent from their all-time highs. Ethereum, thus, has lost its biggest historical price catalyst.

Yet this hasn’t stopped a fund manager from arguing that decentralized finance (DeFi) will be the next trigger for Ethereum to embark on a parabolic rally.

During the last cycle, Ethereum rallied so far and fast that it eclipsed a $100 billion market capitalization and was at one point threatening Bitcoin as the leading cryptocurrency.

The move, as outlined above, was largely caused by ICOs.

According to Joseph Todaro, managing partner of Blocktown Capital, decentralized finance will do more to catalyze a bull run in Ethereum’s price than DeFi:

In 2017 ICOs aided in moving ETH beyond $100 billion marketcap

In this next cycle, Defi will likely help push ETH to $1 trillion marketcap

A $1 trillion market capitalization is around 4,000% higher than ETH’s current $25 billion, and corresponds with around $9,000 per coin.

As crazy as this sounds, Todaro isn’t the first to have made such a suggestion.

Chris Burniske, a partner at Placeholder Capital and former crypto-asset analyst at ARK Invest, argued that “you aren’t paying attention” if you think “DeFi will have a smaller impact on ETH than ICOs.”

Burniske did not attach a price prediction to his tweets on DeFi, but previously remarked that Ethereum is on track to eclipse $7,500 in the coming cycle if Bitcoin surpasses $50,000 — something he claims is rather likely.

“To the mainstream $ETH will be the new kid on the block — expect a frenzy to go with that realization,” Burniske said.

Andrew Keys, once of ConsenSys, has also touched on this. He wrote earlier this year that Ethereum has a “market opportunity estimated at well over $80 trillion” because the blockchain basically has “infinite use cases.”

“We will be able to trustlesstly and digitally represent fiat, gold, software licenses, equity, debt, derivatives, loyalty points, reputation ratings, and much much more that we can’t even conceive of yet.”

A plateauing trend… at least for now

Ethereum DeFi may be running into growing pains though.

“User funds being drained […] Looks like they are trying to white-hat drain user funds before someone else can, but it appears they are/were too late in many cases.”

This would have been the application’s latest hack, as Bancor lost $13.5 million worth of cryptocurrency (mostly Ethereum) in 2018 as a result of compromised smart contracts.

Decentralized finance information aggregator DeFiPrime has since said that the Bancor team told them that all user funds are safe and a white-hat attack has migrated the funds to safety. Yet this still shows how nascent this part of crypto is.

As reported by CryptoSlate previously, Multicoin Capital managing partner Kyle Samani explained in a blog post that DeFi is facing down a number of “invisible asymptotes.”

“You just can’t build global scale trading systems for lots of users on POW chains. It just doesn’t work. High latency –> all kinds of negative second order effects. So I think for now we are near a plateau for DeFi – measured in ETH terms (not USD) – until the core latency problems are solved.”

Samani’s main gripe seems to be Ethereum’s block time, which disallows/deters modern financial processes from being migrated onto the blockchain.

Samani also identified a lack of fiat on-ramps, a lack of trading functionality in decentralized applications, and a lack of abilities to obtain leverage in the DeFi space as issues for this budding part of the Ethereum economy.