Robert Leshner, the founder of Compound, has voted against the latest proposal to increase the WBTC collateral factor on the platform from 0 to 65 percent. 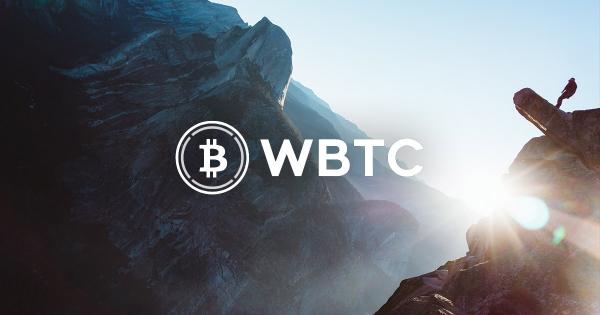 Photo by McCall Alexander on Unsplash

Robert Leshner, the founder of Compound, has voted against the latest proposal to increase the WBTC collateral factor on the platform from 0 to 65 percent. Leshner defended his decision by saying collateral in WBTC was currently too risky due to low liquidity and a high possibility of a technical flaw that could wipe out all assets in Compound.

Borrowing against WBTC on Compound

Looking to follow in the steps of MakerDAO, which just recently started supporting wrapped Bitcoin (WBTC), Compound users proposed another change to the protocol that would allow its users to borrow against WBTC.

Users that suggested the change argue that adding WBTC will create a more diversified base for collateralized assets, as ETH is currently the most significant asset used as collateral on Compound with more than $70 million worth of ETH supplied so far.

Adding WBTC would also make it easier to port the debt position between Compound and MakerDAO to find the best interest rates and create a more efficient market, it said in the discussion.

This discussion was later followed by an official proposal in the Compound Governance by Sam Bankman-Fried, the CEO of FTX and Alameda Research.

The proposal, however, most likely won’t pass—at press time, 428,361 votes have been cast for it, while only 353,195 votes were cast against it. While 75 addresses voted for setting the WBTC collateral factor to 66 percent, only 27 addresses voted against it.

Leshner said that voting no on the proposal has been the hardest decision he had to make on Compound, but added that he carefully considered all of the risks it presented. He explained that adding WBTC as collateral could lead to a collapse in the “basis” between BTC and WBTC.

For WBTC, the risk is not a collapse in Bitcoin; but rather the "basis" between $BTC and $WBTC.

There are two risks: a total collapse of WBTC, and a market disruption in WBTC.

The biggest risk for him is the potential for market disruption:

“WBTC is untested in the Compound liquidation process, and the on/off-ramp to BTC is slow, and bottlenecked through WBTC merchants.”

With over $1.5 billion supplied to the protocol, WBTC simply can’t provide the liquidity required for Compound to run. Leshner also added that there is no evidence that a 66 percent collateral factor would give the market enough time to respond in a crisis. While BTC has greater market liquidity than DAI, USDC, and ETH, wrapped Bitcoin (WBTC) has a centralized point of failure as it’s an ERC-20 token backed 1:1 with BTC.

Aside from the possibility of WBTC failing as a platform, WBTC’s daily trading volume of around $500,000 means that liquidators won’t be able to find profitable arbitrage opportunities if the market got more volatile.

Bitcoin-pegged ETH tokens remain a topic of a divide in the cryptocurrency community. 2 min read