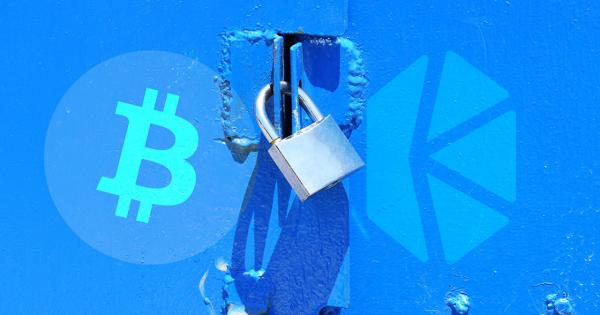 The total amount of Wrapped Bitcoin (WBTC) locked in the Kyber Network had almost tripled in a single day, DeFi Pulse reported. The sudden increase in WBTC reserves could have been a reaction to the news that the DeFi protocol Compound has added WBTC to its offerings.

WBTC sees its activity triple on the Kyber Network

Wrapped Bitcoin (WBTC), one of the most interesting tokenization projects on the Ethereum blockchain, has started gaining serious traction in the past couple of days. Launched in late 2018 by crypto custodian BitGo and decentralized liquidity pool Kyber Network, WBTC is the first ERC20 token with a 1:1 peg to Bitcoin.

Created in order to open up more opportunities for decentralized exchanges, WBTC enabled the usage of Bitcoin by having use cases such as loans and token payments. With the Kyber Network being one of the two first merchants to distribute the token, it was the one that saw the most WBTC activity since its launch.

The total amount of @WrappedBTC ($WBTC) locked in @KyberNetwork has nearly TRIPLED over night. pic.twitter.com/QHXtHIWrtK

The huge increase in WBTC reserves left many Kyber Network users wondering what could have caused such a massive movement. While it’s hard to pinpoint the exact factors that led to this growth, several Twitter users suggested it could have been a short-term reaction to recent news regarding WBTC.

On July 17, Compound, DeFi’s decentralized crypto lending protocol, announced that it has added WBTC to its offering. According to the company’s press release, the move comes after its users “overwhelmingly” voted to deploy WBTC on the Compound protocol.

Robert Leshner, the CEO of Compound, said that WBTC was the best way to integrate Bitcoin in the Ethereum ecosystem. According to Yahoo Finance, the company realized it could be a valuable token after a large WBTC pool was created on Uniswap.

This could be one of the reasons why the amount of WBTC in Kyber Network’s reserves tripled in less than 24 hours. However, after reaching a peak of 154 BTC, Kyber Network reserves seem to have emptied significantly, holding 53 BTC at press time.

The company explained that it processed more than 130 WBTC between July 16 and 17, with more than 110 WBTC being on the sell-side.

To add more details, Kyber processed more than 130 @WrappedBTC in the last 24 hours, with more than 110 wbtc on the sell side. This is a significant milestone that shows how much Kyber has improved the on-chain liquidity! https://t.co/y05ku0QBzP

While this is a huge step forward for the network’s liquidity, we are yet to see whether such significant changes in WBTC reserves become a regular occurrence.