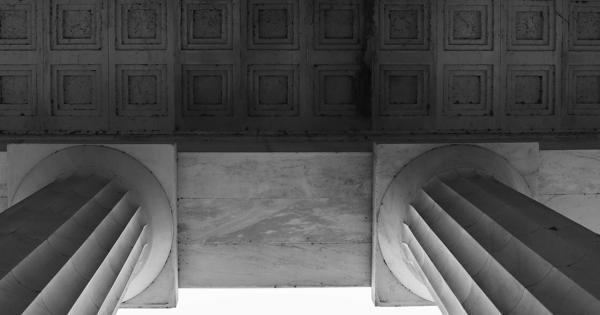 US regulatory agency FinCEN released new guidance on whether certain crypto businesses are regulated as money services businesses. Those who qualify fall under the scope of the agency and must comply with (sometimes costly) regulations that clash with user privacy.

FinCEN (Financial Crimes Enforcement Network), a bureau of the US Department of Treasury which combats money laundering and terrorism financing, released new guidance on types of cryptocurrency-related businesses which are subject to regulations under the Bank Secrecy Act (BSA).

In short, the BSA, which was later amended by the Patriot Act, requires that money transmitters—register with FinCEN, adopt written AML policies, appoint a compliance officer, and undergo regular independent audits of their compliance program, among many other requirements.

The requirements of the BSA also require those regulated entities to report personal information about their customers, such as identifying information and, in some circumstances, allow the government to monitor transactions. Moreover, suspicious transactions and transactions over a certain dollar amount must be reported to FinCEN.

Activities Which Subject an Entity to Regulation Under BSA

ICOs: Startups conducting initial coin offerings (ICOs), which is fundraising via selling a token, are subject to these regulations. However, an ICO raising funds through a tokenized equity or debt instrument (also known as a security token) is likely not engaging in money transmittal. That said, these sales are still regulated by the SEC as securities.

Privacy Coins: The operators of networks such as Zcash, Monero, and Verge are subject to FinCEN regulation. Yet, it’s unclear how these regulations will manifest in systems which are decentralized or whose developers and maintainers are oftentimes anonymous. Furthermore, it is impossible for these projects to fully comply with these regulations because, by nature, privacy coins conceal identifying information about transactions.

Peer-to-Peer Exchangers: Those who trade and sell Bitcoin and other cryptocurrencies over platforms such as LocalBitcoins are subject to the BSA, “regardless of the regularity or formality of such transactions or the location from which the person is operating.”

That said, the guidelines add, “natural person engaging in such activity on an infrequent basis and not for profit or gain would be exempt from the scope of money transmission.”

Internet Casinos and Prediction Markets: Blockchain platforms which facilitate betting and gambling, whether determined through chance or contingent on the outcome of certain events, also fall under money transmitter regulations. This impacts projects such as Augur, Gnosis, and FunFair.

Anonymizing Tumblers and Mixers: Tumblers are third-party services that mix hundreds or thousands of transactions together and then reaggregate those coins to break the connection between them and the sending address. This is especially important for open ledgers such as Bitcoin or Ethereum where transactions data can help reveal a user’s identity. Operators of these mixers are subject to FinCEN regulation—users themselves are not.

Services Which Fall Outside of BSA Regulations

Crypto Wallets: Wallet services which hold private keys are likely regulated. However, wallets which only provide software or an interface where users interact directly with their own keys likely fall outside the scope of these regulations.

Decentralized Exchanges (DEXs): DEXs like EtherDelta, which only facilitate transactions—which is the majority of decentralized exchanges—are likely not money transmitters. Although those which hold a user’s crypto, or purchase crypto prior to a transaction are regulated.

Cloud Mining Contracts and Mining Pools: Leaders of mining pools are not subject to these regulations because, as stated by the guidelines, “these transfer are integral to the provision of services (the authentication of blocks of transactions through the combined efforts of a group of providers, or through the equipment of the cloud miner).”

In addition to all the types of businesses described above, the sellers and developers of software, hardware, and other tools that transmit money are not considered money transmitters.

Impact of the Regulations

Something to keep in mind—these are not new regulatory requirements. The guidelines summarized above are some of the common business models in the crypto space which FinCEN wished to provide clarity for.

That said, now that FinCEN has provided clarity for these models, it may be more willing to conduct enforcement actions. Moreover, the agency may be less willing to offer leniency to those who commit infractions.

These rules pose another obstacle to cryptocurrency projects wishing to conduct business in the country, especially in conjunction with the United States’ patchwork of state money transmitter laws—which is an additional layer of costly licenses and approvals on top of FinCEN regulations.

That’s not to say these regulations do not serve a purpose. Combatting money laundering, terrorism, and organized crime is important. However, these regulations are sometimes at odds with the privacy of citizens and may impede innovation. Whether it is worth the tradeoff is open to debate.

Disclaimer: The author is not an attorney and the information contained within this article is not legal advice. Please consult a legal professional before drawing conclusions on the legality of using or engaging in commerce with crypto.