FCA express concerns about Binance new partnership in the UK

The financial watchdog further added that it had the power to cancel or suspend any crypto-asset registration if it considered it too risky. 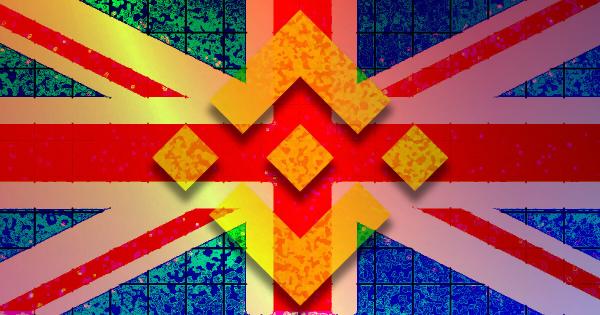 
According to the regulator, it is concerned about the regulated activities in the region due to the deal.

This partnership focuses on leveraging Digivault, which is an EQONEX custody solution. Given that Binance operations in the UK are restricted, many have wondered if the deal will go through.

But the FCA has stated that though Digivault is regulated by the money laundering regulations (MLR’s), while Binance is still restricted from any activities within the UK without the written consent of the regulator.

“Individuals and entities that are part of the Binance Group may have become beneficial owners of Digivault for the purposes of the MLRs.”

It added that apart from Binance Markets Limited, which is regulated by the FCA, no other Binance Group entity or subsidiary has any license, authorization, or registration for any regulated activity in the United Kingdom.

The financial watchdog further added that it had the power to cancel or suspend any crypto-asset registration if it considered it too risky. Thus, it could pull the plug on the partnership if it finds anything wrong.

With these statements, it’s clear that the FCA is committed to making sure that Binance operates within the confines of the law within the country.

The regulator has been quite active in its call for crypto regulations within the country. It recently released a report revealing that it has 50 open cases involving potential crypto scams.

It has promised to double down on crypto scams after receiving over 16,000 inquiries about possible scams between April and September 2021. Along with the FCA, the Advertising Standards Authority (ASA) has been working tirelessly to bring an end to fraudulent and misleading crypto ads in the country.

However, Binance problems aren’t limited to the UK. It’s also facing regulatory scrutiny in several countries due to its operations which many say do not meet the AML standards. It recently had to stop operating in Israel due to this reason.