Failed promises and rug pull accusations? Cardstarter and SundaeSwap blame each other

Disappointing benefits for $CSWAP liquidity providers has them up in arms with both Cardstarter and SundaeSwap saying they are not responsible. 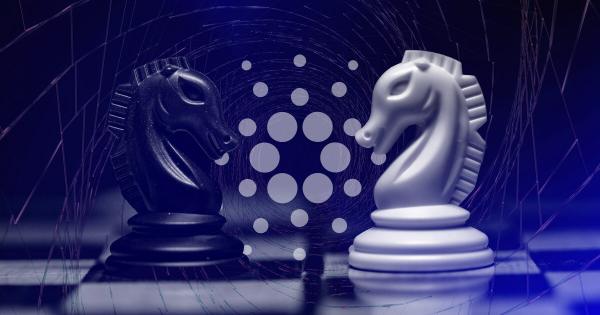 Cardstarter and SundaeSwap find themselves embroiled in drama, with each accusing the other of foul play.

Cardano has gone to great lengths to paint itself as a more secure blockchain. For example, in basing its development and optimization on research and formal verification.

But this latest incident highlights that robust protocol is not necessarily a guarantee of security or equitable treatment on any chain.

What’s the deal with Cardstarter?

Cardstarter describes itself as a launchpad and accelerator platform enabling project access for early investors.

In April 2021, Cardstarter announced the launch of Cardswap – a decentralized exchange pitched as the Uniswap of Cardano.

With the announcement came a liquidity mining program where liquidity providers (on Ethereum’s Uniswap) earn $CSWAP tokens, making an attractive proposition for investors keen to get in early with Cardswap.

“$CSWAP tokens imbue holders with voting privileges on proposals governing the CardSwap platform. CARDS-LP along with the Incubator/Accelerator LPs will be automatically migrated to Cardswap pools upon launch…”

According to this Reddit post, the first red flag was when Cardstarter decided to scale back the plans for Cardswap. Rather than operate a standalone DEX, Cardswap would now provide liquidity for SundaeSwap.

This had $CSWAP liquidity providers wondering where they stand. Nonetheless, $CSWAP holders were led to believe the SundaeSwap deal would be “even better” for them.

“The team has 15M dollars of our liquidity now locked with them, and we now find out that our “great benefit” was just to get some more CARDS tokens at a ratio of 400 CSWAP to 1 CARDS – it’s practically a worthless benefit.”

Technically, a rug pull involves the developers abandoning the project, which is not the case with Cardstarter. However, buying $CARDS directly would have been easier and cheaper, making the Reddit poster feel like the whole scheme was “a giant rug pull.”

Keen to state their side of the story, the weekend saw SundaeSwap try to distance themselves from the situation.

Finally, just to correct any speculation, SundaeSwap and CardStarter entered into a "Marketing and Collaboration Agreement" in June 2021. This was not in any sense a "merger" of the two entities, as explained in our own announcement about the agreement.

Today, a Medium post goes into more detail, stating SundaeSwap is not responsible for how Cardstarter depicted their partnership with investors.

“SundaeSwap cannot control how any other party to an agreement may characterize it to others, including their investors.”

SundaeSwap adds that given the circumstances, they now conclude their agreement with Cardstarter. But, despite “apparent representations” by Cardstarter, SundaeSwap will airdrop 20 million $SUNDAE tokens to $CSWAP holders.

“the SundaeSwap team will provide a cross-chain airdrop of 20,000,000 SUNDAE tokens to holders of CSWAP tokens as of January 20.”

Aatash Amir, Cardstarter CEO, responded to the Medium post by revealing SundaeSwap has reneged on an earlier agreement.

According to Amir, in October 2021, SundaeSwap has agreed to set aside 150 million $SUNDAE tokens for the partnership. But come January 18, this was reduced to just 10 million.

With that, Amir said he will continue to fight for a better deal for the CSWAP community.