Team Vitality will represent the Tezos brand on the biggest stages in esports and gaming. 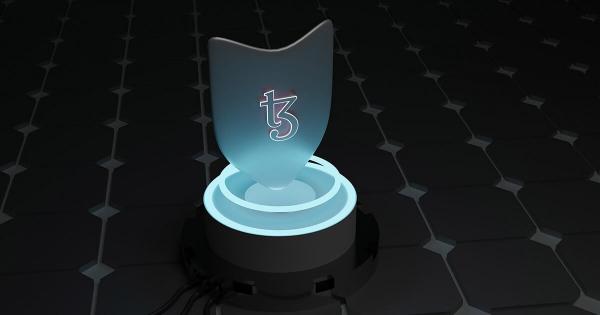 Team Vitality, a leading European esports, and gaming organization announced that it has partnered with Tezos.

According to a press release shared with CryptoSlate, the three-year technical partnership is the largest in Team Vitality’s history.

Tezos is tapping into the gaming industry with a landmark partnership

The two will work together to give the organization’s community new ways to engage with its star players.

Team Vitality will collaborate with the Tezos ecosystem on educating fans on the benefits of blockchain as part of the gaming experience and promote the advancements of the technology. Esports and gaming fans are one of the most tech-savvy and engaged communities and Tezos is looking to tap into that with the partnership.

“This is a significant step forward for Europe’s leading esports team as the blockchain and gaming industries continue to build a fan and player-centric future for esports,” said Mason Edwards, the Chief of Staff at the Tezos Foundation. “I’m thrilled to see Team Vitality join the Tezos community.”

Nicolas Mauer, the CEO of Team Vitality, said that the partnership was “game-changing,” especially given the fact that 2022 is set to be the organization’s biggest year yet.

“The opportunities Tezos can bring to strengthen the relationship between us and our fans is incredibly exciting, and we’re immensely proud to have Tezos join us on this journey,” he said in the press release.

This year, the organization made the largest talent investment in esports. Team Vitality and its athletes, which compete across eight games, have over 13 million followers across social media and carry industry-leading partners including Adidas.