The European Commission has published a proposal outlining a European DNS service that could, in the worst case, deny EU citizens from using crypto services. The proposal proposes to protect the privacy of end-users and filter malicious content. 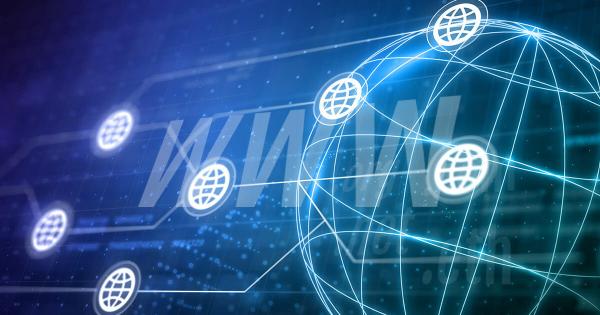 In a document made public earlier this month the European Commission published a call-for-proposal for a European government controlled DNS resolver service. The reasoning behind the proposal is to protect the privacy of end-users and keep them secure by applying filtering functions to block malware, phishing and other cyber security threats. However, the proposal also suggests that the DNS resolver, named DNS4EU, should have the capacity to block “illegal content” as well.

The Domain Name System (DNS) is a world-wide, distributed database that maps hard-to-remember ip-addresses to human readable domain names like cryptoslate.com. The DNS system has been around since the early days of the internet and is a fundamental part of the internet infrastructure.

The proposal to develop an EU-based DNS resolver, the part of the DNS system that does the lookup of ip-addresses, is perhaps best viewed through the lens of Europe’s endeavor toward being less dependent on non-european service providers of crucial digital infrastructure, be it cloud services or, as in the case of DNS, global network services.

This has been a clear and open strategy of the EU for many years, and it’s no secret that, for obvious reasons, “non-european” is a polite way of saying American. In Europe, entire governments basically run on services like Microsoft’s Office 365 or AWS, and the EU is not comfortable to be in such a dependent position.

The DNS system is no different – the biggest DNS service providers in the world are Google and Cloudflare, and the Internet Corporation for Assigned Names and Numbers (ICANN), the global authority overseeing ip-addresses and domain names, is seated in, and according to many, dominated by, the U.S.

“DNS4EU shall offer a high level of resilience, global and EU-specific cybersecurity protection, data protection and privacy according to EU rules, ensure that DNS resolution data are processed in Europe and personal data are not monetised,” the proposal reads.

As per the proposal, the DNS resolver is not allowed to monetize user data and has to comply with applicable privacy regulations including the GDPR.

In addition to serving individuals directly, the DNS4EU service infrastructure “shall offer additional optional services such as free parental control, as well as paid premium services for enhanced performance or security for corporate users,” but also be available to internet backbone networks that handle traffic in, from, and to Europe.

Furthermore, the DNS4EU service should offer “state-of-the-art protection against cybersecurity threats by blocking malware, phishing and other threats based on reliable and up to date global threat feeds and own threat feeds developed on the basis of own threat detection and analysis as well as information exchange with trusted partners (e.g. CERTs), addressing in particular local threats (e.g. based on EU-languages). The corresponding threat detection and analysis infrastructure should be an integral part of the DNS4EU service infrastructure and provide a very high level of protection in the EU.”

While there are few details at this point in time, the European Commission’s proposal seems to be aiming for filtering or blocking of “illegal content” as well.

The DNS4EU service could be used for “filtering of URLs leading to illegal content based on legal requirements applicable in the EU or in national jurisdictions (e.g. based on court orders), in full compliance with EU rules.”

The above suggests that crypto sites and services can be blocked by DNS4EU, if, for instance, the EU decides to ban cryptocurrencies and related services. At the same time, it could also affect traffic that passes through the Internet backbones that use the DNS resolver.

As the DNS functions, there’s no stopping service providers or end users from using other DNS resolver providers, unless the EU decides to block these as well, which is highly unlikely. The DNS4EU can therefore act as a complement to existing services for those within the EU who value EU-based digital infrastructure.