For years, cybersecurity experts have warned of the potential dangers of allowing a handful of Big Tech firms to monopolize the Internet. 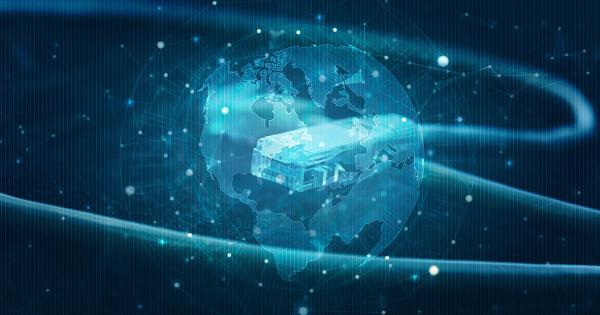 Amazon Web Services’ (AWS) latest outage that for hours saw some folks in the United States locked out their homes, crypto exchanges powered down, and many other regrettable incidents is a stark reminder of those risks.

“Centralized cloud infrastructure has raised increasing concerns about service availability and reliability, data security and user privacy,” said Dr. Xinxin Fan, IoTeX co-founder, a cryptographer with a Ph.D. from the University of Waterloo, an inventor with 15 information security technology patents, and a former Bosch Research Engineer. “This and outer outages and data breaches in the past also serve to understand further how important decentralization, blockchain, and Web3 are.”

“Web 3.0, which is driven by decentralization and user-centric methodology, sheds light on addressing security and privacy challenges in cloud computing and is becoming the key to rebuilding trust on the Internet,” said Dr. Fan. He spoke of a blockchain-powered IoT or MachineFi, or Web3 to replace Web2. Dr. Fan and the IoTeX team are paving the way for Web3 by securing smart devices with blockchain technology.

Yale Law School Visiting Lecturer Sean O’Brien agreed, saying it’s essential to build a new network model that resembles the peer-to-peer roots of the early Internet. Web3 replaces the traditional internet by operating on this peer-to-peer model that eliminates the need for intermediaries, such as Big Tech.

“The latest AWS outage is a prime example of the danger of centralized network infrastructure,” said Sean O’Brien, a visiting lecturer in cybersecurity at Yale Law School. “Though most people browsing the internet or using an app don’t know it, Amazon is baked into most of the apps and websites they use each day.”

Tens of thousands of people were affected by the outage that left people reflecting on the pitfalls of having intelligent homes or smart devices.

Amazon was a victim of its demise. Its warehouses around the U.S. stopped operating on Tuesday, December 7th, as its AWS (cloud computing system) left it without the technology that powers its company’s logistics operations.

“The AWS team is working to resolve the issue as quickly as possible,” Amazon Spokesperson Richard Rocha said in a press release that was regrettable Tuesday morning. The AWS tech team did not resolve the issue until later in the evening.

The Scottsman wrote that same day that “the outage is an example of what can happen when too many companies rely on the same software or technology provider. However, with the global influence that Amazon has on hundreds and thousands of companies around the world, it’s unlikely that this outage will have a lasting effect on its usage.”

“Dead Roombas, stranded packages and delayed exams: How the AWS outage wreaked havoc across the U.S.,” reads the title of CNBC’s report on the outage.

If history has shown us anything, it is that it repeats itself over and over, and if the people continue to trust centralized entities again and again, would that not be the very definition of insanity? Web3 represents technologists reaching for idealistic promises for better Internet and the opportunity for people to take back control of our data, intelligent machines, and the value they generate, which Big Tech has unscrupulously expropriated.