Although the premise was tackling money laundering and terrorist financing, a rigid focus on these issues without considering the bigger picture will lead to innovation and capital going elsewhere. 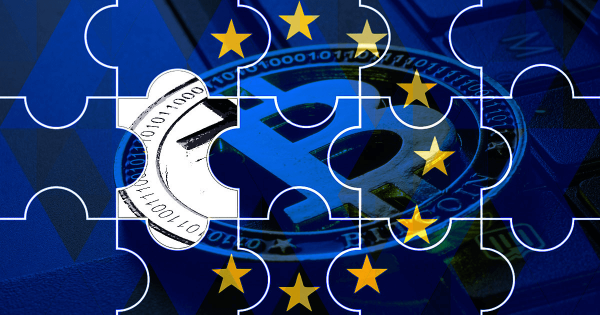 EU lawmakers voted in favor of stricter rules on the transfer of funds to unhosted crypto wallets on Thursday.

Unhosted crypto wallets are defined as wallets not hosted by a third party or financial institution. This includes noncustodial online wallets like MetaMask, Trust and Exodus, as well as cold storage options such as Trezor and Ledger.

In essence, the legislation would apply to every wallet in the EU where the individual holds or can access the on-chain private keys.

The proposal was sold on the idea that crypto could disturb financial stability and be used for criminal purposes. Under the rules, firms, such as crypto exchanges would be required to obtain, hold, and submit information on entities involved in transfers.

Ernest Urtasun, a member of the EU Parliament who was key in driving the proposal forward, said these measures would make it easier to identify suspicious transactions, freeze assets, and discourage the use of crypto in criminal activity.

However, the knock-on effects of this legislation could see the end of crypto innovation in the EU.

The ramifications of spying on unhosted crypto wallets

In a recent podcast, co-founder of Real Vision, Raoul Pal predicted the total crypto market cap could 100x by 2030. That would put the value of all cryptocurrencies at between $250 and $350 trillion by his estimation.

If this comes to pass, crypto would become the world’s fastest-growing asset class, in the shortest time frame. While some question the likelihood of that happening, what cannot be doubted is the growing adoption of digital assets.

Cryptocurrencies with multiple use cases that are solving real-world problems are going to be massive. Whether we get to the level suggested by Pal, in the time frame given, is a different point altogether.

By attacking unhosted wallets, EU lawmakers will effectively hinder adoption and innovation. But rather than reign in criminality, which is a fallacy given that criminals prefer cash, it will lead to the flight of innovation and capital from the region.

Crypto YouTuber Lark Davies points out that over the long term, this legislation will mean the EU will lose out on benefits presented by digital asset technology.

“The countries that adopt this technology the fastest will be the ones to benefit from it the most. These kinds of legislation do not help in that regard.”

What now for EU citizens?

Although EU lawmakers voted 93 to 14 in favor of passing the proposals, with 14 abstentions, the process still needs input from EU member states before it’s drafted into law.

This offers a way in which the proposal can be overturned or scaled back.

Head of Strategy & Business Development at Unstoppable Finance, Patrick Hansen, who has been instrumental in bringing awareness to the situation, said

“We have lost a battle, but this is far from over.”

Should the worst happen, the EU will undoubtedly wave goodbye to the transformative benefits of cryptocurrency. What’s more, EU citizens will simply move to transact peer-to-peer and/or use DeFi protocols instead of centralized services.