The EU is looking to impose draconian reporting measures that could see an end to self-hosted wallet transfers. 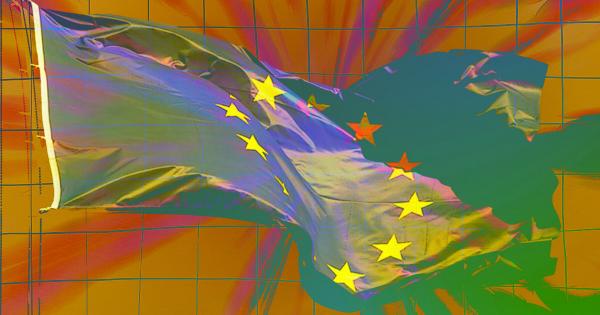 Head of Strategy & Business Development at Unstoppable Finance Patrick Hansen warns that unhosted crypto wallet users are at risk in the EU.

In a recent tweet, Hansen said the EU Commission had proposed a revision of the existing Transfer of Funds Regulation act. This would require financial institutions, including crypto exchanges, to provide information on fund transfers.

Having gone through the draft, Hansen points out several red flags.

EU is not done with crypto users yet

Last week, the EU crypto industry breathed a sigh of relief as a proposed Proof-of-Work mining ban under the Markets in Crypto Assets (MiCA) bill didn’t go through. However, it seems as though EU lawmakers aren’t done just yet.

This Thursday, the EU Parliament’s Committee on Economic and Monetary Affairs will vote on draft proposals to do with AML regulation. This includes a change to the Transfer of Funds Regulation (TFR) that will extend the obligation of financial institutions to provide accompanying data on the payer and payee each time crypto funds greater than €1,000 are transferred.

The draft report states this is necessary to effectively address the risks of crypto as they pertain to money laundering and terrorist financing. It adds that the changes would advance a uniform global standard in countering the problem.

The consequence of this, imo, is that most crypto companies won’t be able or willing to transact with unhosted wallets anymore in order to stay compliant.

As well as that, Hansen called the obligation to inform authorities, even when there is no indication of suspicious transactions, “an absolute violation of privacy rights.” The third and final red flag pointed out is the mention of “possible restrictions” of unhosted wallets.

“additional specific measures to mitigate the risks posed by transfers from or to unhosted wallets, including the introduction of possible restrictions.”

Exchanges could suffer a “surveillance regime”

Coinbase labeled the proposal a plan based on “bad facts.” They say it would “unleash an entire surveillance regime” on exchanges and weaken the entire space, particularly regarding the self-governance aspect of cryptocurrency.

“If adopted, this revision would unleash an entire surveillance regime on exchanges like Coinbase, stifle innovation, and undermine the self-hosted wallets that individuals use to securely protect their digital assets.”

What’s more, crypto is a “markedly inferior” way to hide illicit financial activity, mainly due to blockchains being open and permanent records of transactions.

Echoing Hansen’s first red flag, Coinbase says the proposal could end up as a total ban on transfer to self-hosted wallets. The worst part is the lack of evidence on the proposed changes reducing illicit activity.