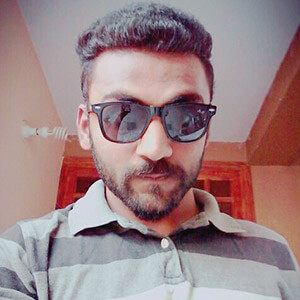 Ethereum’s compliance with Sharia law has been contemplated for some time. Virgil Griffith, an American programmer and head of special products at the Ethereum Foundation, first examined the question in October 2017. Now, a white paper from Oman-based Amanie Islamic Finance & Shariah Advisor highlights that Ether does indeed adhere to Sharia law, as first reported on by Decrypt

In Islam, usury, the process of lending money to profit from interest, is considered “haram,” or sinful. That said, making a profit through the appreciation of a physically-backed asset, like real estate or gold, is compliant with Sharia law.

Instead, Ether represents a “utility token” and functions as a currency that powers Ethereum, Amanie argued. Thus, owning ETH is halal.

That said, Muslim scholars reserved their thoughts on specific use cases for ETH since numerous tokens run on the protocol. In cases where tokens are used to raise money for companies—which looks a lot like interest—then such activity would be considered haram in Islam.

In the more nuanced portion of the analysis, authorities ruled that Ethereum’s proof-of-work and proof-of-stake are both compliant to Sharia principles. However, proof-of-stake, the act of “locking up” tokens to receive staking rewards, is still a matter of debate once ETH2.0 goes live.

Amanie is a highly-admired voice in the Islamic finance industry. Although the opinion is not final by any means it still holds weight among devout Muslims. Considering there are 1.8 billion Muslim adherents around the globe this decision could have material ramifications on the demand for ETH.

The ruling is similar to comments made by the chairman of the U.S. Securities Exchange Commission in March, which affirmed that Ethereum is closer akin to a commodity than a security.

“Individuals who are more faith conscious can now engage without any doubt that the emerging tech is fully permissible to use.”

The SEC chairman Jay Clayton provided additional clarity on the securities treatments for cryptocurrency—more specifically by addressing his stance towards William Hinman’s statements about Bitcoin and Ethereum potentially being non-securities. 4 min read

On the fifth anniversary of Ethereum’s 2014 pre-sale, ConsenSys took a look back at the network’s history. 3 min read

The Ethereum blockchain is being used by engineers at Microsoft to “democratize” AI and machine learning, making these typically centralized and costly systems more accessible to everyone. 2 min read