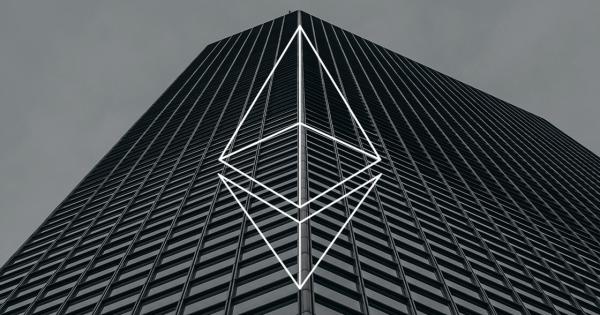 Published last month, EIP-2025 was discussed briefly during a bi-weekly meeting between Ethereum’s core developers on July 18. The extra ETH generated would be used by a funding organization to allocate capital toward Ethereum’s development, said the proposal.

According to Ethereum developer Eric Conner, the suggestions made in EIP-2025 are “absolutely absurd.” Conner estimated that an extra 136,400 ETH ($28.6 million at current prices) would be generated if the proposal was approved.

Reading through the latest Ethereum Core Dev call notes and it appears that EIP-2025 is being seriously considered as an EIP for Istanbul.

Anthony Sassano, the co-founder of EthHub, an informational resource for blockchain development, clarified that he supports initiatives that involve funding Ethereum’s development. However, he suggested alternative funding options outside of increasing the block reward.

I am (obviously) not against funding important development work on Ethereum but I oppose EIP-2025.

Here are some alternative funding options:

Increasing block rewards would weaken Ether as a store-of-value

Other prominent members of the crypto community including David Hoffman, CTO at RealT, a platform for tokenizing real estate, and Ryan Sean Adams, Founder of the cryptocurrency investment firm, Mythos Capital, also opposed the funding model suggested in EIP-2025.

Not clear how funds will be managed

Andrew Redden, CTO at Groundhog Pay, an Ethereum-based e-commerce platform, referred to the fundraising proposal as a “disaster.”

According to discussions between Ethereum community members, EIP-2025 did not clearly specify who would receive the rewards or who will be responsible for allocating the funds. As stated in EIP-2025’s specification document, the extra ETH rewards would only be produced for an 18-month period.

However, the additional ETH generated would not be awarded to the cryptocurrency’s miners. Instead, it would be transferred to a separate entity—but it remains unclear as to who exactly would manage the funds.

Acknowledging that he did not know how to allocate the extra ETH, Hancock remarked:

“I do not profess to know the best way to organize these funds.”

He recommended establishing a decentralized autonomous organization, or DAO, that would distribute the funds to various projects. Hancock believes that it doesn’t really matter how the capital is allocated as long as the process is transparent.

“There’s nothing in the notes to suggest this is seriously considered. The only reference to it at all is neutral, and made by the proposal author.”

Wertheimer also mentioned that he thinks there’s “no chance” EIP-2025 will be accepted.