In Samsung’s latest move into crypto, the electronics juggernaut made the beta version of its blockchain SDK for the Ethereum blockchain available to partner developers. 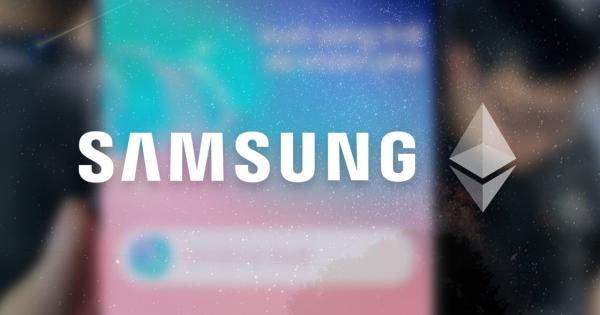 In Samsung’s latest move into crypto, the electronics juggernaut made the beta version of its blockchain SDK for the Ethereum blockchain available to partner developers. The kit provides additional tools for dApp and blockchain mobile development on the latest Galaxy smartphones.

Samsung announced the beta version of its blockchain software development kit (SDK) is available for partners who request early-access to the tools. The kit represents the next step in Samsung’s push to enable Ethereum functionality on its Galaxy S10e, S10, S10+, S10 5G and the Galaxy Fold smartphones. The company said in May it would also expand crypto features to budget phones in its lineup.

In greater detail, the SDK provides developers with ways to manage user accounts, authorize digital signatures for transactions, and manipulate transaction data. The kit also allows developers to link to external cold wallets, such as Trezor or Ledger devices, as well.

Those who gain partner status with Samsung also gain additional features from the kit. Partners will have access to a “blockchain specialized browser” for web dApps, which will allegedly have features to facilitate easier crypto payments—and, tools for easily estimating fees using live crypto exchange rates.

Additionally, partners will be able to fetch transaction history from Samsung’s “blockchain proxy node.” It’s unclear whether Samsung is running its own Ethereum node or using a service provider.

These features will help reduce the cost of building dApps on supported mobile devices, said Samsung.

The move follows other crypto-related developments from Samsung. In February, Samsung announced it would support cryptocurrency key storage.

The feature would use a trusted execution environment, a secure area inside the phone’s main processor which would allow the device to more securely handle private blockchain data. As said by Samsung, the feature would provide “impenetrable security unlike ever before, protecting it from data breach, malware or other threats.”

In June, CryptoSlate also reported that Samsung had been fabricating some of the most advanced Bitcoin mining chips since 2018.

The official version of the blockchain SDK will be announced by the end of 2019, according to the company. Developers who want early access to beta can request partnership status with Samsung.