Anthony Di Iorio was part of the team that gave the world smart contracts and laid the foundation of DeFi. But he’s now done with the space. 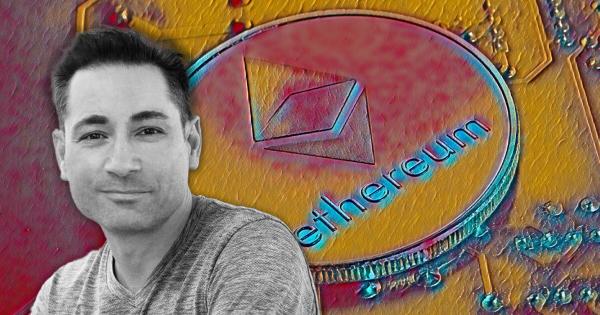 One of Ethereum’s founding members has stepped down from the crypto space to concentrate on work in other impactful industries, reported Bloomberg over the weekend.

Anthony Di Iorio, who worked with Vitalik Buterin, Charles Hoskinson, Gavin Wood, and other developers in 2013 to build the blockchains of blockchains, is additionally even downplaying the overall use case of cryptocurrencies.

“It’s really a small percentage of what the world needs,” Di Iorio told Bloomberg, adding he would now work in other sectors that tackle ‘complex’ problems—such as Project Arrow, a startup building a zero-emission vehicle, and even consulting a senator from Paraguay.

Why did the Ethereum cofounder leave crypto?

Di Iorio, 48, cited personal security as one of the reasons behind his decision. “It’s got a risk profile that I am not too enthused about, he noted, adding:

“I don’t feel necessarily safe in this space. If I was focused on larger problems, I think I’d be safer.”

Di Iorio, who was reportedly worth as much as $1 billion a few years ago, lives the high life. He travels around with a security team and splashed over $22 million for a three-story penthouse in Canada in 2018.

He even worked with the Toronto Stock Exchange as a chief digital officer for a while, became an angel investor, and launched Decentral, a Toronto-based innovation hub, and software development company focused on DeFi. Di Iorio’s also the man behind Jaxx, a digital asset wallet boasting over 1 million users in 2021.

But the moves seem to have been short-lived. Di Iorio now intends to sell Decentral, and turn to philanthropy and projects that aren’t related to crypto. He would additionally cut away from the other crypto startups he works with, and wouldn’t fund any crypto or blockchain projects moving forward.

Would crypto be a part of Di Iorio’s plans again? Perhaps: “I will incorporate crypto when needed, but a lot of times, it’s not,” he told Bloomberg. Safe to say that’s not happening anytime soon.

Anthony Di Iorio is a Canadian entrepreneur primarily known as a co-founder of Ethereum and an early investor in Bitcoin. Learn More