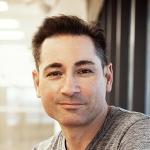 Anthony Di Iorio is a Canadian entrepreneur primarily known as a co-founder of Ethereum and an early investor in Bitcoin. Di Iorio is the founder and CEO of the blockchain company Decentral, and the associated Jaxx wallet. He also served as the first chief digital officer of the Toronto Stock Exchange. In February 2018, Forbes estimated his net worth at $750 million–$1 billion.

Di Iorio grew up with two older siblings in north Toronto, Ontario.[4] He graduated with a degree in marketing from Ryerson University. Di Iorio began developing websites during the early 1990s, and eventually entered the rental housing market as an investor and landlord in Toronto, Ontario. In 2012 he sold his rental properties in order to invest in Bitcoin, and began to organize companies in the field of cryptocurrency.

Di Iorio began his career working in marketing at a machine manufacturer before he went on to manage his family’s patio-door making business in Woodbridge, Ontario. The family business was sold in 2008, and Di Iorio’s father supported him as he launched a short-lived geothermal drilling company.

He first learned about bitcoin from a podcast called Free Talk Live in 2012. According to The Globe and Mail, he “had an anti-authoritarian streak” and questioned “the fundamentals of mainstream economics.” Di Iorio bought his first bitcoin the same day for $9.73. He created the Toronto Bitcoin Meetup Group which held its first meeting at a pub in the same year. It was at this first meeting where he met Vitalik Buterin who went own to be the founder of Bitcoin Magazine and one of the original creators of Ethereum. As the Meetups grew from about eight attendees to hundreds, Di Iorio formed the Bitcoin Alliance of Canada.

In 2013 Di Iorio founded a Bitcoin wallet Chrome extension called KryptoKit, with Steve Dakh, that created an app for web browsers that allows users to pay for products and services using the cryptocurrency wallet. In 2014 Di Iorio co-founded the cryptocurrency platform Ethereum, which has been valued at $7 billion and had a market cap of $1.6 billion in 2017. He has since also invested in several other currencies including Zcash. Etherium was later joined by Buterin, Erik Voorhees, and Roger Ver in 2014.

In January 2016, TMX Group hired Di Iorio as the first chief digital officer of the Toronto Stock Exchange (TSX). In February 2016, Di Iorio announced the launch of Jaxx, a unified platform that provides wallet services for both Bitcoin and Ethereum. He left his position at TSX to focus on Jaxx. Di Iorio is the founder and serves as CEO of Decentral Inc., the developer of Jaxx.

Di Iorio has been involved in the development of a ratings system for initial coin offerings and attempting to unite various cryptocurrencies into one financial ecosystem. In a series of articles published in February 2018, Forbes named Di Iorio among its list of the top-20 richest people in cryptocurrency.