The Ethereum network has made significant progress in the past month, with the latest ConsenSys showing that it now has more than 75 million unique addresses. 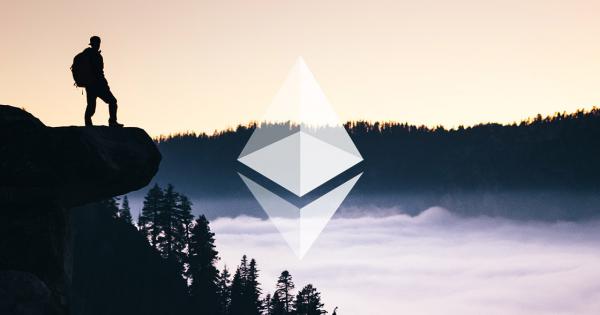 The Ethereum network has made significant progress in the past month, with the latest ConsenSys showing that it now has more than 75 million unique addresses. The increase in addresses was followed by more use cases for the network, which was used to settle a $20 million bond and host more than 2,500 dapps.

Ethereum development studio ConsenSys released its September report on the state of the Ethereum network, highlighting some of the most notable figures in the ecosystem. The report aims to show the progress the network made and identify trends that are emerging in the crypto industry.

“That it’s even possible to put a list like this together is quite a testament to the transparency and auditability of the Ethereum network,” the report said.

One of the first things noted in the report is that the number of unique addresses on the network surpassed 75 million this month. And the number keeps growing—data from Etherscan showed that there were more than 55,000 new addresses created on Sept. 19 alone.

The Ethereum mainnet runs on 8,933 live nodes, 43 percent of which are located in the United States. According to Alethio Reports, the network has seen an average block difficulty of 2437 tH and an average hashrate of 106 tH/s.

While decentralized application development has slowed down its pace since the beginning of the year, the 43 new dapps built in August brought the total number of dapps on Ethereum to 2,597.

All of those dapps attract just under 17,000 users every day, who have made over 52,000 transactions of dapp contracts on Sept. 18.

According to the report, CryptoKitties alone recorded more than 9,600 transactions between Sept. 12 and Sept. 19, making it the 6th largest dapp in terms of the transaction number.

The growing number of dapps built follows the rise in the number of downloads the Truffle Suite has seen. The toolset for Ethereum developers has seen over 2,2 million lifetime downloads, ConsenSys reported.

The rate of growth of full-time Ethereum developers has also been on the rise and has reached 34 percent in September. Developers working on Ethereum-based projects received $150,000 from ConsenSys Grants in 2019.

However, despite impressive stats, decentralized finance is the sector that saw the most success in the past month. ConsenSys reported that more than 1.5 million ETH was locked in MakerDAO, a decentralized autonomous organization (DAO) that provides collateralized loans through smart contracts and oracles. This, the report says, means that 1.41 percent of the entire ETH supply is locked in MakerDAO smart contracts.

The report also showed that 50 percent of all active stablecoins currently on the market were developed on the Ethereum network.

Last week, Banco Santander became the first financial institution to issue an “end-to-end” debt-based bond on Ethereum. The move, thought to be an important indicator of Ethereum’s growing importance in finance, will help the bank provide its clients with a more technologically advanced platform.

Shared on Twitter by Joseph Lubin, the co-founder of Ethereum and CEO of ConsenSys, the report gained a lot of traction in the Ethereum community.

#Ethereum by the numbers.

Many praised the numbers shown in the report, saying it showed Ethereum was a network with sustenance.

CryptoKitties is a game centered around breedable, collectible, and oh-so-adorable creatures we call CryptoKitties! Each cat is one-of-a-kind and 100% owned by you; it cannot be replicated, taken away, or destroyed.. Learn More