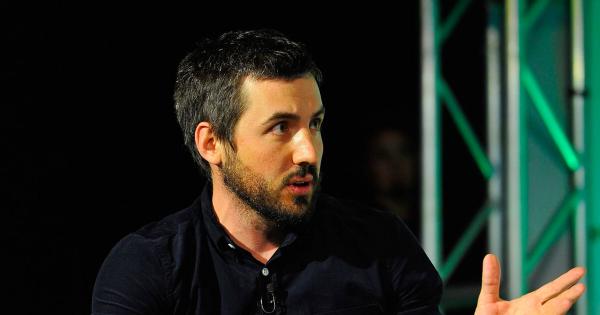 The cryptocurrency market is like none other. Most “traditional” investors shy away from the volatile market, even as returns eclipse any other asset class, and blockchain technology continues to develop.

But one early-blockchain investor believes the industry still holds promise, even as most run behind purely incentive-based objectives.

Kevin Rose, an American internet entrepreneur and investor, is perhaps best known as the co-founder of news curating platform Digg, his subsequent work with Google Ventures (GV), and now as a partner at True Ventures.

But there’s a small bit that not many in the crypto industry know. At GV in 2013, Rose led venture investment in a then-obscure blockchain firm, Ripple Labs, which went on to become one of the world’s most popular providers of blockchain-based enterprise solutions.

Speaking to TechCrunch as part of a larger interview, Rose was asked about his current position on Ripple, which has since become a “controversial” company.

There was a very different world when Ripple was first getting off the ground (…) there was no way for the enterprise to embrace it (cryptocurrency) in any fashion.

Rose added Ripple’s business plan, that of creating an inter-bank framework for transfers and messaging built on the blockchain was an “exciting” idea. However, the use case for Ripple’s currency (launched later as XRP), was something he “never really saw.”

When asked about the myriad of cryptocurrencies on the open market and their potential in the broader financial market, Rose said:

“It’s early days. I think that this is going to be a space that will continue to mature over the next couple of decades.”

He further notes there’s a “good chance” one won’t even know they are using cryptocurrencies, even as a user interacts with a blockchain-based platform and oversees settlements taking place on distributed ledgers. Such developments, Rose adds, will “most likely” happen in a simple and easy-to-use interface “by a very trusted brand.”

The future is digital

Meanwhile, he noted 99 percent of all crypto projects in the market are “in it for the pure financial gain.” His comment is not invalid — most projects after 2017’s infamous ICO boom have been inactive, with no working applications present and a complete lack of transparency about where billions in funds were utilized.

But despite the “garbage,” there are still high-quality projects in the market. Rose adds there’s “no doubt” the future of currency will be digital.

Ripple’s XRP remains in a gray area. The firm has infamously stated all enterprise development work, at Ripple Labs, is independent of what XRP does as a token. Critics term it a “never-ending ICO,” and have even launched lawsuits for clarity on the matter.

But despite the crypto community’s reaction to XRP, its development team has been active in product upgrades. Last week, XRP devs unveiled wallet deletion for the protocol’s users, a first in the crypto space, alongside several amendments being actively worked on as listed on the XRP Ledger blog.