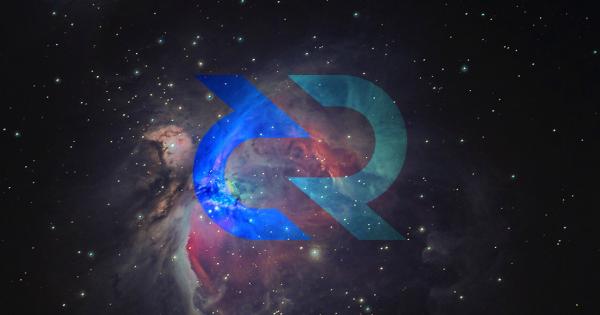 Decred founder Jacob Yocom-Piatt recently proposed a decentralized exchange (DEX) to the Politeia community. The initiative hopes to cut high-listing fees, front-running high-frequency traders, and third-party rent-seeking. A product that could overcome these barriers would be an ideal alternative to centralized exchanges, but Yocom-Piatt admits the community could still reject the proposal.

Decred was launched by Jacob Yocom-Piatt, Dave Collins, David Hill, John Vernaleo, Josh Rickmar, and Alex Yocom-Piatt in Feb. 2016. It uses a hybrid Proof-of-Stake and Proof-of-Work mining system to ensure that miners avoid becoming overly centralized. One of the founding principles of the project has also been its focus on community and open governance.

This founding principle has manifested itself in the project’s launch of Politeia in Oct. 2018. Politeia allows token holders of the Decred community to vote on the direction of the project by staking their tokens. By using native DCR tokens as a governance tool, holders effectively take decide how Decred funds are spent. At its launch last year, Decred’s coffers held roughly $23 million in DCR tokens.

It is an ambitious version of governance, one in which Yocom-Piatt pointed could end badly for the group. In the initial post announcing Politeia’s launch, Yocom-Piatt wrote, “Politeia allows Decred users and stakeholders to propose, discuss, collaborate on, and fund new projects, initiatives, and consensus changes. If stakeholders exercise bad judgment, it can have serious negative consequences.”

Proposals can take two forms: ones that stir voter support for a change of policy or those that will fund projects from the Decred treasury. The upcoming DEX proposal will fall into the latter category and is estimated to cost between $100,000 to $1,000,000 to build.

Features of a Decentralized Alternative

In a phone interview with CryptoSlate, Yocom-Piatt outlined the reasons behind the proposal. One of the major issues for the Decred founder was the number of problems he has seen regarding centralized exchanges.

“When [Decred developers] were meeting with exchanges, we were facing enormous listing fees,” he said. “Often times the costs of getting listed on one of the big exchanges was more than the cost of integrating the coin itself.”

In 2018, Binance, the number one cryptocurrency exchange by trade volume, had allegedly been asking projects upwards of $1 million to get their token listed on the exchange. The CEO of Celsius Network, a crypto-lending platform which raised $50 million in an ICO in 2017, placed this figure closer to $6 million.

Although Binance has been tight-lipped about the exact figures, Yocom-Piatt wants to avoid this business model altogether. “I want to get away from centralized exchanges. They have become gatekeepers for a project’s success,” he told CryptoSlate. “It’s not just for Decred either. It applies across the board.”

Omitting costly listing fees is only one part of the multi-faceted proposal. The plan would also give retail investors a better chance of successfully trading against high-frequency traders and bot accounts.

“You just can’t compete with firms who have already built out robust financial infrastructure, unless you build something equivalent. Then you have only a slightly better chance,” said Yocom-Piatt.

Typically, order books on exchanges are managed following FIFO accounting, or ‘first in, first out.’ This mechanism means that the first orders to arrive are the first ones to be fulfilled. To game this, whole businesses have been built which offer an automated service 24 hours a day, seven days a week. To combat such front-running, the Decred DEX proposal would implement pseudorandomly matched orders in which interested market makers would be shuffled upon order arrival. This would give everyone, even bots, an equal shot at maximizing their profits.

Other features of the DEX include the use of atomic swaps, crypto-only trading (no fiat), and trading transparency in which all trade data is cryptographically signed and publicly demonstrable. For the uninitiated, atomic swaps allow trades to be made between two distinct blockchains without the use of an intermediary. Decred and Litecoin are reportedly the first projects to successfully implement such a trade in Sept. 2017.

In the commentary following the proposal, as well as within Decred’s Telegram channel, members have reported mixed feelings. Some have commented that all funds from the treasury should only be used for Decred development, while others have explained that the DEX proposal is overkill. A Decred member, nottrunner, wrote:

“[It] seems to me we are taking a gun to a knife fight if the primary purpose of the DEX is [ultimately] to increase DCR liquidity.”

Similar responses regarding liquidity were iterated in the Telegram channel, as some were unconvinced that building out a costly exchange would get more DCR tokens into more users’ hands. In Diar’s Feb. 5, 2018 report, they also explained that “less than [one percent] of cryptocurrency trades are facilitated on decentralized exchanges,” despite the risk of theft on centralized versions.

At the time of press, the sector continues to face liquidity issues. According to DEXWatch, all DEX volume from 11 exchanges from Feb. 11, 2019, touched approximately 26,000 ETH, or $3,120,000. Comparatively, OKEx, the number one exchange for trade volume according to CoinMarketCap, reports daily volumes of over $1 billion.

But this is not a point of concern for Yocom-Piatt as he underlined how easy it is to fake trading volume, “especially in a crypto winter.” In a Dec. 2018 analysis from the Blockchain Transparency Institute (BTI), the institute stated that “80 [percent] of the [CoinMarketCap] top 25 BTC pairs volume is wash traded.”

Wash trading is the activity of buying and selling an asset to provide misleading information about the asset’s trading volume. The practice was banned in the United States following the Commodity Exchange Act of 1936 but has reemerged since the advent of unregulated cryptocurrency markets.

Adding to that, the Decred founder said the primary focus for the exchange will be to protect traders from price slippage. If someone is interested in purchasing one million DCR tokens, for instance, the price of DCR will not be affected in the proposed DEX framework. Yocom-Piatt confirmed that a number of large DCR stakeholders have expressed interest in a product that prevents such slippage.

Regardless of Yocom-Piatt’s motivations behind the proposal, it is ultimately the Decred community who will decide. He explained that the DEX proposal is one of the largest proposals attempted thus far.

“We want to make a case for this decision-making system,” he said. “The governance decision will be written in stone with time stamps, no matter if it passes or fails.”

To proposal will open to voting on Yocom-Piatt’s approval, and so far has only been open to comments since Feb. 5th. However, if the proposal is passed the co-founder claims that the DEX could be built within six months.

The entire crypto market cap surpassed $800 billion dollars in January of 2018 – since then, the market has retraced to around $330 billion dollars, partly due to cryptocurrency ad bans from Google, Facebook, and Twitter. 6 min read

Some of Bitcoin’s most significant challenges revolve around the lack of equity in governance. 7 min read

On January 5th, Ethereum Classic (ETC) suffered a 51% attack losing a total of more than US$1 million spread over 15 different transactions. 5 min read

Leading cryptocurrency exchange Binance has recently announced the impending launch of a tailored blockchain as the first step in the development of a decentralized exchange, or DEX. 3 min read

The notion of a DEX (or decentralized exchange) has been floating around since the first “altcoin’s” appearance. 5 min read