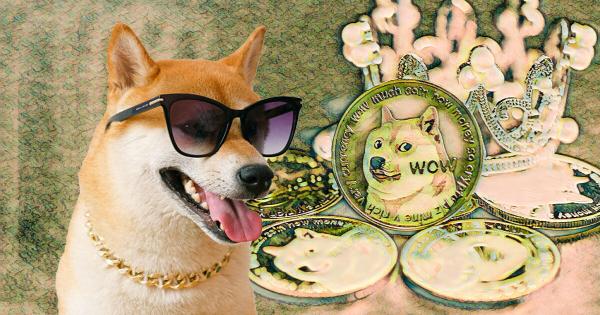 Financial advisor Ric Edelman chimes into the Dogecoin debate by calling the controversial meme token the “bad boy of crypto.”

Despite outperforming Bitcoin x165 year-to-date, Dogecoin continues to divide opinion. The primary arguments against it center around its poor fundamentals, namely its uncapped token supply and lack of definitive use case.

However, as evidenced by its popularity, this is one debate that is far from conclusive.

Speaking to Yahoo Finance, Edelman said digital assets and blockchain technology are the most impactful commercial innovation since the internet itself. Adding that the significance of this on global commerce will be massive.

What’s more, somewhat ironically, most financial advisors don’t recognize this. Edelman explained this by describing a contradictory phenomenon whereby the more experienced and financially educated a financial advisor is, the harder it is for them to grasp cryptocurrency.

Edelman said that one of his roles at the RIA Digital Assets Council is to promote the space by educating financial professionals on digital assets.

As far as sharing his investment thesis, Edelman champions the idea of diversification. And with crypto largely non-correlated with legacy investments, he sees them as advantageous to hold as part of a diversified portfolio.

“Yeah, it’s time to get off zero. We need to recognize that Bitcoin and digital assets broadly are non-correlated to stocks, bonds, real estate, other asset classes, which makes them an ideal addition to a diversified portfolio,” he stated.

However, Edelman draws the line when applying diversification to crypto-assets, i.e., holding a range of different cryptocurrencies.

When asked about diversifying into Dogecoin, he said the movement is damaging cryptocurrency as far as winning over the naysayers is concerned.

“D-O-G-E is the bad boy of crypto. I am strongly opposed to Dogecoin, Doggycoin, because it was invented as a joke, it was not serious, it has no legitimate use case. It is not something that I think is doing the crypto community any good in its efforts to generate credibility and legimitacy in the financial marketplace.”

Edelman added that, in his opinion, Dogecoin is a fad. Referencing Elon Musk’s efforts to pump DOGE, he even went as far as calling it a fraud.

Summing up his position on the matter, Edelman said there’s a big difference between Bitcoin and Ethereum versus Dogecoin.

Dogecoin steals the crypto spotlight as ‘DogeDay’ trends on Twitter