Dogecoin can easily beat Bitcoin—we just need to change most of its fundamental specs for that to happen, argued Tesla CEO. 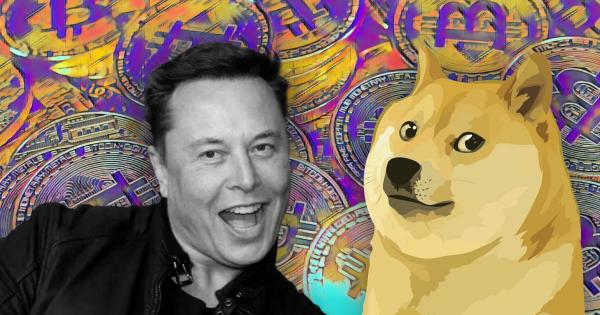 Tesla and SpaceX CEO Elon Musk argued on Twitter today that Dogecoin (DOGE) can beat Bitcoin (BTC) “hands down,” with just one small condition—almost every DOGE’s fundamental aspect needs to change, effectively turning it into a different token altogether.

So no big deal then.

“Ideally, Doge speeds up block time 10X, increases block size 10X & drops fee 100X. Then it wins hands down,” Musk replied to a Twitter user who was arguing that “Elon is choosing $DOGE because Dogecoin is better than Bitcoin in many fundamental ways.”

Judging by the community’s reaction, a lot of users were left feeling unsure whether Musk was “trolling” or not. One commenter pointed out that if Dogecoin’s blockchain would produce 10-megabyte blocks every six seconds, this will make the network vulnerable to spam attacks.

WHY HAVEN'T WE THOUGHT OF THAT pic.twitter.com/vEXNXl6MXF

When asked why he won’t just make a completely new cryptocurrency that can satisfy these technical requirements, Musk explained that it’s a “big pain in the neck to create another one.” Still, he implied that this is also a possibility, but “only if Doge can’t do it.”

“That’s not how any of this works, Elon Musk. Would be like someone wading into SpaceX with ideas for a cuboid rocket fueled by water,” Back wrote, adding, “He’s just trolling. And probably hitting a blunt.”

Other users were less lenient, arguing that if “Donald Trump has been banned for ‘being bad’ for people,” there is no reason why Musk “should keep having this privilege.”

Donald Trump has been banned for "being bad" for people. I don't see why Elon should keep having this privilege.

In general, many commenters pointed out that for a blockchain network to drastically increase its throughput and scalability, it needs to make compromises in other areas such as security and decentralization.

“Have you tried making your spaceships 10x lighter, and 10x faster, and also 10x bigger? This would ideally save on energy and efficiency,” another user ironically asked Musk.

Have you tried making your spaceships 10x lighter, and 10x faster, and also 10x bigger? This would ideally save on energy and efficiency. I'm happy to discuss more in details my ideas. Let me know what you think, thanks.

In the end, regardless of whether Musk was actually joking or not, his behavior on Twitter—especially when it comes to cryptocurrencies—has been a bit over the top lately, some commenters argued.

“Because [Musk] has millions of newcomer users who may not know the difference. Funny trolling to him = rekt newbs in real-life,” Back concluded.