The cryptocurrency market has received a much-needed adrenaline shot in the form of positive statements emerging from the upcoming G20 summit on cryptocurrencies that will take place in Buenos Aires on Monday and Tuesday. 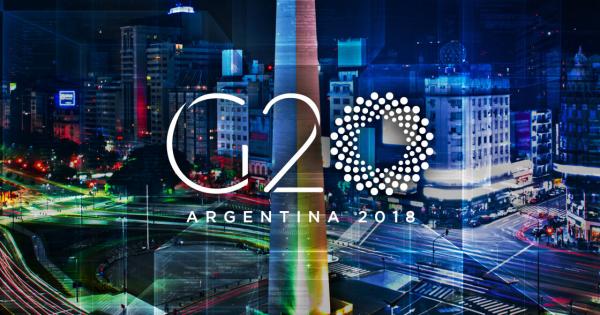 The cryptocurrency market has received a much-needed adrenaline shot in the form of positive statements emerging from the upcoming G20 summit on cryptocurrencies that will take place in Buenos Aires on Monday and Tuesday.

The G20 Financial Stability Board is set to discuss the potential impact of cryptocurrencies and coordinate international efforts to eliminate data gaps in the emerging cryptocurrency market.

The upcoming meetings have been met with a significant amount of concern from cryptocurrency traders and investors, resulting in a week-long drop across the board in crypto values.

Bank of England Governor Mark Carney, who is the chair of the Financial Stability Board, has recently published a letter to participating members of the FSB — who include central bankers and finance ministers — stating that cryptocurrencies are not a pressing issue:

“The FSB’s initial assessment is that crypto-assets do not pose risks to global financial stability at this time.”

The Financial Stability Board chairman also highlighted the fact that that crypto-assets only account for less than one percent of global economic output even at their recent peak in November/December 2017.

Carney also outlined an intention to avoid the establishment of new regulation for cryptocurrencies, instead espousing the adaptation of existing rules for the governance of digital currencies:

“As its work to fix the fault lines that caused the financial crisis draws to a close, the FSB is increasingly pivoting away from design of new policy initiatives towards dynamic implementation and rigorous evaluation of the effects of the agreed G20 reforms.”

The announcement saw an immediate and rapid response from the cryptocurrency market, with Ethereum immediately spiking over $60 in just one hour.

Bitcoin experienced a similar reversal, capturing over $800 in gains in the same time frame.

Carney, in addition to his statements on regulation, also announced that the FSB will undergo a thorough review to ensure that the watchdog body is “fit for purpose” when assessing and amending existing financial regulations.

Whether or not the reversal will see the market sustain growth and recapture lost ground remains to be seen, but the news of a relaxed G20 stance toward cryptocurrencies appears to be invigorating what has recently been a sluggish market.