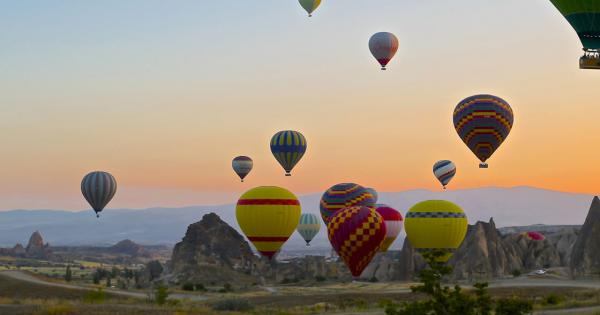 Photo by Shifaaz shamoon on Unsplash

The cryptocurrency market has experienced an explosive resurgence this week, breaking through the $400 billion market cap ceiling on a strong wave of positive investor sentiment. The key drivers of this recent recovery seem to include a spate of announcements from key market observers that include bullish statements from respected thought leaders and a new cryptocurrency initiative launched by global financial giant Goldman Sachs.

Goldman Sachs, with an annual revenue of over $42.25 billion, is one of the largest multinational investment banking and financial services companies in the world, and is the is the fifth-largest bank in the US by total assets.

The international financial juggernaut has recently denied reports that it will be launching a crypto trading desk but is one of the most pro-crypto finance giants to date —the organization was one of the first large-scale financial institutions to begin clearing CME and Cboe bitcoin futures for clients when they became available in Q4 last year.

While Goldman Sachs has been quick to define the scope of the new position, they aren’t making any promises regarding their potential future movements in the crypto market:

“In response to client interest in various digital products, we are exploring how best to serve them in the space. At this point, we have not reached a conclusion on the scope of our digital asset offering.”

Lloyd Blankfein, the CEO of Goldman Sachs, posted on Twitter in August 2017 to share his perspective on the rapidly-growing cryptocurrency market:

Still thinking about #Bitcoin. No conclusion – not endorsing/rejecting. Know that folks also were skeptical when paper money displaced gold.

The creation of the new cryptocurrency-specific position represents a change in Goldman Sach’s position on digital assets and appears to be the first step in a process that will likely see a significant amount of capital and resources enter the blockchain ecosystem from the institutional money sector.

Goldman Sachs isn’t the only face of institutional capital that has shifted to a pro-crypto stance over the last week, however.

Former JP Morgan global energy trading desk leader Daniel Masters has recently made predictions that the cryptocurrency market is set to get “much bigger,” stating that while he does not anticipate a “fight to the death between crypto and the USD/GBP legacy financial system,” he does believe that cryptocurrencies will overtake a significant percentage of the financial market:

“I think even if it’s only 5% at the end of the day, that market will then still be much bigger than it is today.”

Masters, who worked with JP Morgan as the global head of energy trading in 1992, now operates as the Chairman of crypto investment research firm CoinShares and crypto hedge fund Global Advisors, managing over $800 million in assets.

The nature of Masters’ current positions may place him in a pro-crypto position by default, but the former JP Morgan expert is a member of a rapidly-growing group of financial analysts from the traditional finance paradigm that is beginning to recognize the inevitability of the blockchain revolution.

Bitcoin “Bigger Than the Industrial Revolution”

Masters may represent the old guard of the incumbent financial system, but venture capitalist Tim Draper — who is widely recognized as a visionary “smart money” investor that boasts early entrances into Tesla, Hotmail, and Skype — has recently stated that he too is placing his money on Bitcoin.

At the recent Intelligence Squared U.S. debate, the Draper Associates and DFJ founder reiterated a previous bullish call in which he announced his predictions of a $250,000 Bitcoin by 2022:

“In five years you are going to try to go buy coffee with fiat currency and they are going to laugh at you because you’re not using crypto.I believe that there will be a point at which you will no longer really want any of the fiat currency”

Draper holds a significant position in Bitcoin — at a 2014 U.S. Marshals Service auction, the venture capitalist purchased nearly 30,000 BTC, a hoard that Draper claims he is still HODLing.

At Bitcoin’s current price the total value of Draper’s BTC holdings amounts to over $268 million. Draper maintains his predictions of a future that will be entirely driven by blockchain technology, stating that the blockchain revolution is coming faster than most market observers anticipate:

There Are No Brakes on the Blockchain Train

With the cryptocurrency market cap now exceeding $400 billion once more, investor sentiment is gathering inertia. Bitcoin has now broken past the $9,000 level and the market is still moving with an 88% buy market percentage, according to TurtleBC.

With banks hiring crypto traders and smart money continuing to move in, it appears as though the entire market may be in for a wild ride.