Is Crypto-Finance the New Banking? Coinbase and Circle to Blacklist Suspicious IP Addresses for USDC

The rapid launch of several stablecoins offerings in 2018 seems comparable to the ICO boom in 2017, with most price-stable tokens built by premier crypto companies or invested in by venture capital funds. However, such developments look largely centralized – which defeats the significance of cryptocurrencies – and forms an area of concern.

Earlier this week, Coinbase announced the addition of USDC – a stablecoin developed by crypto-finance firm Circle – to its trading platform. The stablecoin is pegged on a one-to-one basis with the USD and is aimed at allowing institutional investors and active crypto-traders to exploit arbitrage and high-frequency trading opportunities.

The USDC is an ERC20 compliant token and can be added to all ERC20-compatible wallets. However, the coin’s details point out the presence of an actively maintained “global blacklist,” meaning transactions can be stopped, and withheld, from all addressed blacklisted by CENTER, Circle’s stablecoin division.

The note cites potential terrorist financing, known fraudulent and illegal activities, and court orders as possible instances where addresses are blacklisted. Interestingly, all USD reserves backing the withheld USDC tokens will be “wholly and permanently unrecoverable.”

The development – although done in kind regard – led crypto-evangelists to question the need for a centralized framework to govern a particular cryptocurrency. After all, the core ethos of digital tokens is for the network to determine fraudulent parties and engage in consensus to ward off suspicious transactions by flagging the blocks.

However, Circle’s move makes the USDC no better than a bank-stored equivalent of a USD, with the aspect of true decentralization completely missing. Twitter users called out Coinbase’ recent note that the USDC was an essential step towards “open” finance, meaning a world free of regulations, control, and crackdown.

Coinbase says that USDC is as an important step towards a more “open” financial system.

"Let's make a cryptocurrency with all the properties of Bitcoin except sound money, and we get to shut down your account whenever we want."

Circle can blacklist your stableturds at any moment. Embarrassing. https://t.co/DveAcEpr8E

The community argued that the USDC is fully auditable and can be “controlled” by Coinbase, apart from the blacklisting feature.

The fact that such things have to be put out into lines of code visible in the open that anyone can highlight and criticize on Twitter is itself a serious improvement over traditional finance that I think we need to appreciate more.

While the cryptocurrency community may be divided into two over this particular development, one thing is for sure, the lines between crypto – and traditional – finance are rapidly blurring. It remains to be seen if the two frameworks operate in a parallel, or one supersedes the other in due time. 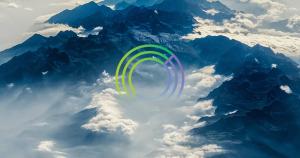