Coinbase CEO says Apple is too “restrictive” towards cryptocurrencies

Coinbase CEO Brian Armstrong said tech giant Apple has “restrictive” policies towards the cryptocurrency sector, as per a tweet this weekend. 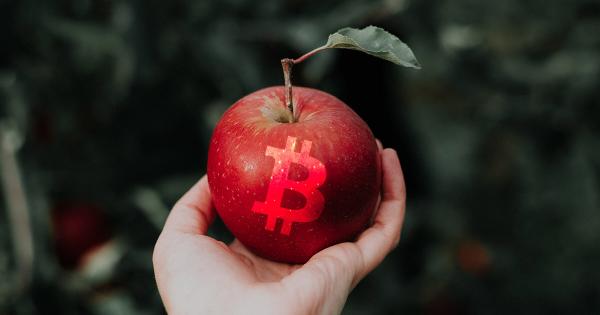 Coinbase CEO Brian Armstrong said tech giant Apple has “restrictive” policies towards the cryptocurrency sector, as per a tweet this weekend.

Armstrong called out Apple’s policies against cryptocurrencies and other applications on its AppStore. The firm has previously come under fire by other industry execs similarly for its opaque, time-consuming, and restrictive policies for apps hoping to list on its platform.

“Apple’s iOS rules would not have allowed for the invention of the web browser. Let that sink in. They would have rejected one of the most important technical innovations in the history of computing. Microsoft‘s bully tactic of making IE free seems quaint in comparison,” said Francisco Tolmasky, a part of the original Apple iPhone team and a software developer.

But here’s the kicker: think of all the other amazing ideas that haven’t gotten a chance to be invented because they aren’t allowed on mobile devices. Mosaic happened less than 10 years after the Macintosh. We very well might have already had a browser-caliber invention by now.

To that, Paul Graham, an inventor and investor, asked the Twitter-verse about what they thought would be impeded as a result of Apple’s policies. The answer from Coinbase’ Armstrong was immediate and defining: cryptocurrencies.

Apple has been very restrictive and hostile to cryptocurrency over the years. They're still blocking some functionality right now, including the ability to earn money with cryptocurrency by completing tasks, and unrestricted dapp browsers.

“Apple has been very restrictive and hostile to cryptocurrency over the years. They’re still blocking some functionality right now, including the ability to earn money with cryptocurrency by completing tasks, and unrestricted dapp browsers.”

Crypto devs around the world have, at some point in their mobile app rollout, experienced issues with Apple’s policies around app listing. Even industry mammoths like Binance and BitMEX have struggled to list — their massive presence superseded by Apple’s opacity.

Coinbase came in those crosshairs earlier this year. It announced to its users that Coinbase’s mobile wallet may face removal from Apple’s App Store. The latter allowed users to buy, sell, and trade cryptocurrencies, but an Apple rule, later on, caused developers to make amends.

Apple, at the time, raised issues with Coinbase’ browser application. The exchange then dropped the feature.

Lawmakers have previously grilled Apple for the way it handles its App Store and opposes firms that offer similar products. Its 30 percent commission on all in-app sales and subscriptions, in particular, has irked firms like music streaming service Spotify.

Meanwhile, one Twitter commenter stated that Apple had a good reason to disallow cryptocurrencies. The sentiment came based on the infamous aspects of the crypto market — the frauds, the scams, and the malicious actors.

The crypto fight goes on.