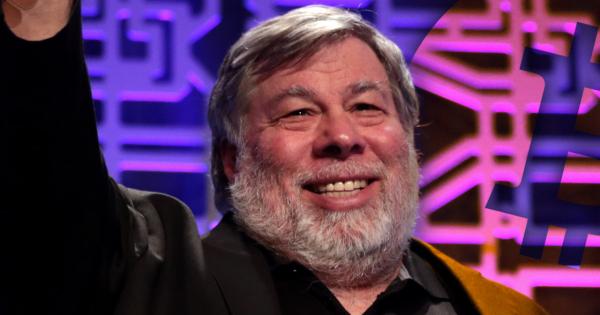 Apple co-founder Steve Wozniak recently became the latest tech titan to endorse Bitcoin. With his statement, Wozniak joins the list of tech luminaries such as Jack Dorsey, CEO of Twitter and Square, Naval Ravikant of AngelList, venture capitalist Peter Thiel and many others who support Bitcoin as the currency of the future.

In March 2018, Twitter CEO Jack Dorsey stated that Bitcoin will emerge as the single currency for the internet and world. On Monday, Wozniak commented that he hopes Dorsey’s Bitcoin prediction will soon come true.

In addition to commenting on Dorsey’s prediction, Wozniak shared a glimpse of why he thinks Bitcoin is special:

“Bitcoin is mathematically defined, there is a certain quantity of Bitcoin, there’s a way it’s distributed…and its pure and there’s no human running, there’s no company running and it’s just…growing and growing…and surviving, that to me says something that is natural and nature is more important than all of our human conventions.”

The Bitcoin whitepaper was published in 2008 by Satoshi Nakamoto on the heels of the financial crisis. One of the primary reasons for creating Bitcoin was Nakamoto’s mistrust of the government’s ability to print money. In 2009, he mined Bitcoin’s genesis block and embedded the message:

“The Times 03/Jan/2009 Chancellor on brink of second bailout for banks.”

Unlike the banks, Bitcoin cannot be controlled by a central authority. Instead, it exists through complex mathematical and cryptographic computations. Here are some of its most important numbers:

Despite successfully creating and establishing Bitcoin, founder(s) Satoshi Nakamoto disappeared in December 2010. By disappearing, Satoshi has allowed Bitcoin to grow organically, preventing any single power from forcing Bitcoin in a specific direction.  Bitcoin’s lack of a central authority also contributes to its resilience.

Since its creation, Bitcoin has been claimed dead 300 times.

In 2014, the world’s largest exchange Mt. Gox, which at the time handled over 70% of Bitcoin’s transactions, collapsed.

In this past year, Bitcoin survived a contentious fork and despite numerous banning threats from multiple countries, it has held strong.

If Bitcoin does become the “digital gold” Wozniak hopes for, gold’s $8 trillion market cap divided amongst 21 million Bitcoins would give each Bitcoin a value of approximately $380,000.

With the backing of tech giants like Jack Dorsey and Steve Wozniak, at the very least, Bitcoin is something to keep your eye on.