Accredited investors in Hong Kong are facing scrutiny from wealth managers and banks globally — the latter searching for investor ties to a pro-democracy narrative. 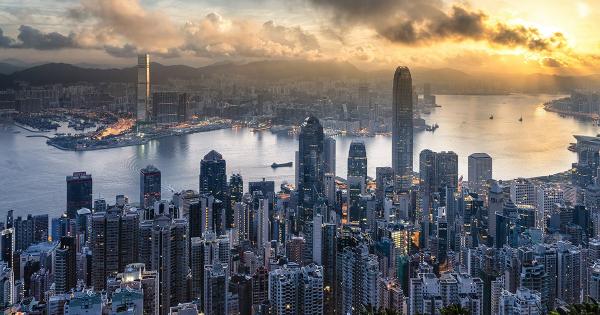 Accredited investors in Hong Kong are facing scrutiny from wealth managers and banks globally — the latter searching for investor ties to a pro-democracy narrative.

Coinbase CEO Brian Armstrong called the above an example of why “open finance” was required in today’s environment.

One year after Hong Kong demonstrators led rallies against an extradition law; the political unrest is still going strong and has now spilled over to one’s financial independence.

Reuters said Monday that global banks are scrutinizing their Hong Kong clients for pro-democracy ties. This is unlike anything seen in the country previously; Hong Kong is a global center for unbiased, accessible financial services in a free market environment. However, that is soon starting to change.

According to six people with knowledge of the matter, bankers at Credit Suisse, HSBC, Julius Baer Gruppe AG, and UBS Group AG are “broadening scrutiny under their programs that screen clients for political and government ties and subjecting them to additional diligence requirements.”

The designation, called “politically exposed persons,” can make it more difficult or altogether prevent people from accessing banking services, depending on what the bank finds about the person’s source of wealth or financial transactions, added Reuters.

Banks are going through comments made by clients and their associates in public, print media, and social media. One such manager said some of these “social” audits are going back to 2014 — gauging clients on their then reaction to the pro-democracy “umbrella” movement.

A top executive at a regional wealth manager said that his firm’s risk and compliance team prepared a list of top 10 Hong Kong individuals identified in local media as pro-democracy sympathizers within a couple of days of the enactment of the law on July 1, the anniversary of the handover, noted Reuters.

The executive said their firm checked its internal database to see if they had an existing relationship with any of them and were “quite relieved” to see that they didn’t.

Albert Ho, a local lawyer, said on the issue:

“There’s not much you can do, actually, unless you cease all your financial and banking activities in Hong Kong.”

As one of the premier financial centers in the world, the development stands to undermine Hong Kong’s legacy.

Crypto as a protest?

Example of why we need the open financial system

Open finance — or decentralized finance — as popularly known, refers to building a financial system fully-accessible to all persons, regardless of their socio-economic standing. Bitcoin creator Satoshi Nakamoto aimed for this back in 2009; leading to the birth of the broader cryptocurrency industry as we know today.

Bitcoin as a protest is not new for Hong Kong. As CryptoSlate reported last year, the city’s demonstrators engaged in “bank runs” as a form of non-violent protest.

And they might do it again; considering Hong Kong likes its freedom and is proactive against active censorship like the banks are reportedly doing.