Coinbase was in the crosshairs over the weekend after SEC filings revealed the business licensed transactional information software to regulators. 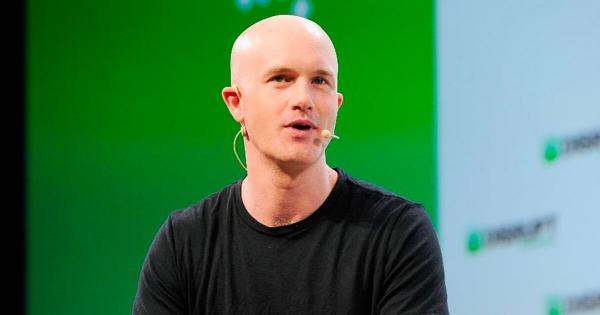 Coinbase was in the crosshairs over the weekend after SEC filings revealed the business licensed transactional information software to regulators. For most, this was contrary to the ethos of decentralization and cryptocurrencies.

The firm’s Analytics software won a four-year contract offered by the Secret Service this year; pegged at over $180,000 and ending in May 2024.

Armstrong said such software was nothing new. Crypto firms like Chainalysis (he didn’t name any firms) have been around a long time and use publicly available blockchain data to weed out bad actors.

It’s all for KYC/AML purposes. User information, in his view, is used by (crypto) exchanges to connect into the existing financial system, i.e. ability to connect one’s bank account, do wires, and convert fiat to crypto. This needs AML laws and the use of blockchain analytics software for transaction monitoring, he noted.

Coinbase used third-party vendors in the past to maintain the AML service required for a legal crypto operation.

But Armstrong reveals the business did not “like sharing data with third parties when we can avoid it,” presumably leading to establishing its in-house Analytics software.

This was done via an acquisition, which did face some tussles within the team:

It's expensive to build this capability, and we want to recoup costs. There is an existing market for blockchain analytics software, so we sell it to a handful of folks as well. It also helps us build relationships with law enforcement which is important to growing crypto.

“Blockchain analytics software is essentially just compiling publicly available data that is already out there on the blockchain, trying to organize it to make it more useful.”

Strangely enough, Armstrong said users seeking complete privacy must stick to private currencies, because “that’s what they are for.”

Critics were not pleased with Armstrong’s explanation. Coinbase has been a compliance-first crypto exchange historically, but some felt this move was taking it too far.

“How can you call yourself pro-privacy coins and still have not listed Monero, the original and most widely used “privacy coin”?” said Seth Simmons, an information security engineer.

Actively seeking a relationship with authorities makes your company an enemy of Bitcoin, just as other analytics companies as long as they don't work on making themselves redundant by championing privacy improvements (as you could, you don't rely on that spying business).

Meanwhile, Amber co-founder Aleks Svetski was a bit more forthcoming. He said Armstrong was “a fool of randomness who got lucky finding Bitcoin early.”

“You never have & never will understand why it exists. But that’s also why it will make your entire business obsolete,” ended Svetski.