Coinbase has signed a deal that looks to promote crypto popularity to the public with NBA. 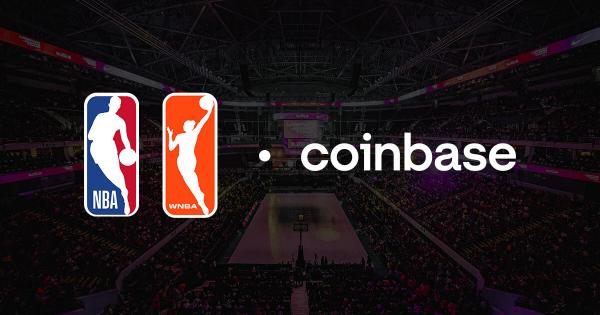 Photo by JC Gellidon on Unsplash

Coinbase is now the official partner of NBA

According to the announcement, the deal is geared towards increasing awareness around blockchain and also helping to grow the crypto economy. Thus, the Coinbase logo and its branding would appear during televised games for the two leagues and the crypto exchange would also be a partner of the NBA G League, NBA 2k League, and USA Basketball.

“The deal, which marks the first cryptocurrency platform partnership for each league, will consist of unique content, innovations, activations, and experiences from Coinbase to educate fans on the increasing advancements happening across the cryptoeconomy,” the press statement reads in part.

Speaking on the partnership, Kate Rouch, the Chief Marketing Officer of Coinbase, stated that “the freedom to participate and benefit from the things you believe in is at the heart of Coinbase’s mission. Nobody believes this more than NBA and WNBA fans.  We’re proud to become the Leagues’ official cryptocurrency partner.”

Rouch continued that “as part of the partnership, we will create interactive experiences to engage with the NBA and WNBA’s incredible community and athletes around the world.”

On the other hand, an NBA top executive, Kerry Tatlock,  described Coinbase as a “natural fit” for the league while adding that they “look forward to collaborating with Coinbase to provide fans with new ways to engage with the league and each other, while also enhancing the experience for fans who are already Coinbase users.”

Sport and crypto partnerships are growing

While NBA teams like Miami Heat have signed different crypto-related sponsored deals, this would be the first time that the leagues (NBA and WNBA) are partnering with a crypto-related platform.