Just minutes ago, Coinbase revealed via its Twitter and blog that it has confidentially submitted a draft registration (S1) form to the Securities and Exchange Commission (SEC). 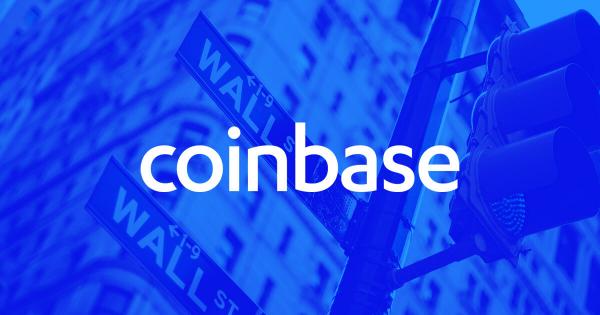 Photo by lo lo on Unsplash

Just minutes ago, Coinbase revealed via its Twitter and blog that it has confidentially submitted a draft registration (S1) form to the Securities and Exchange Commission (SEC).

“Coinbase Global, Inc. today announced that it has confidentially submitted a draft registration statement on Form S-1 with the Securities and Exchange Commission (the “SEC”). The Form S-1 is expected to become effective after the SEC completes its review process, subject to market and other conditions.”

We have confidentially submitted our draft registration (Form S1) with the Securities and Exchange Commission. https://t.co/U6d0sVz0aX

In traditional finance, a Form S1 is often filed by companies seeking a public offering.

This would mean that Coinbase is planning on going public, over a year after it raised a large sum of capital at an $8 billion valuation.

While there were some doubts about the valuation previously, many expect the market to value the firm above $8 billion as Bitcoin pushes to new all-time highs, as institutions embrace crypto, and as money is easier to get for institutions than ever before.

Analysis by crypto-asset research firm Messari indicates that the firm could be the industry’s first mega IPO.

Messari specifically named the company’s resilient fee model, its strength in the crypto custody department (over $10b in custody), and it having good relationships with regulators relative to other global crypto exchanges.

Coinbase shares have been priced on secondary markets for $7-12 billion.

Could it be crypto's first mega IPO? ?

The rumors of an IPO began swirling in the middle of this year when sources indicated that Coinbase had entered talks with investment banks and lawyers regarding this potential sale.