Despite the SEC announcing a tougher grip on crypto, industry insiders and law experts call out the agency for its despotic approach. 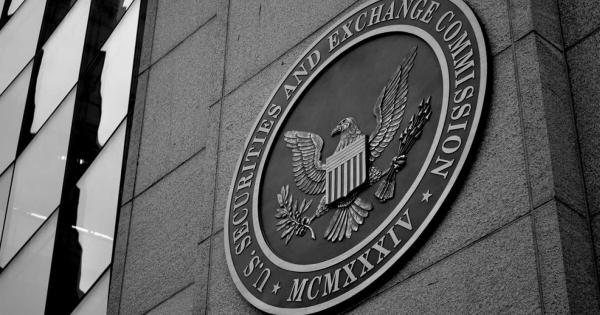 The US Securities and Exchange Commission’s (SEC) rigid approach is being called out by market participants, legal experts and industry insiders, all independently accusing the agency for its autocratic attitude and shortage of communication.

The largest cryptocurrency trading platform in the US, Coinbase, publicly disclosed that it has been left in the dark by the regulator about why its new product violates the compliance frame, despite months of effort to engage with the SEC.

In the meantime, the bomb that was dropped last year when the regulator filed a lawsuit against Ripple and its current and former CEOs, alleging that the company’s sale of XRP was an unregistered security offering worth more than $1.38 billion, is getting ready to explode.

According to accusations circulating on Twitter, the regulator’s methods lack transparency and corroboration, which led some to question if there is any good will to regulate, or if the end goal is to completely control and eradicate.

Ask @coinbase why they shut down margin yet it’s still widely offered by competitors. US regulators are beating down good actors because it’s convenient. Meanwhile, actual scams run unabated for years. Who is behind the effort to drive domestic businesses and consumers offshore? https://t.co/gJiRp67iqt

“The SEC will stop at nothing to control the entire crypto space. This isn’t just about Ripple. Coinbase accuses the SEC of using ‘intimidation tactics behind closed doors to stop the company from launching a lending program,” according to James K. Filan, a former federal prosecutor for the US Attorney’s Office for the District of Connecticut.

#XRPCommunity #XRP The SEC will stop at nothing to control the entire crypto space. This isn’t just about #Ripple. Coinbase accuses the SEC of using ‘intimidation tactics behind closed doors’ to stop the company from launching a lending program https://t.co/mrb9leMyQG via @WSJ

Filan also shared the regulator’s recent filing on Twitter, in which the agency opposed answering interrogatories regarding the application of the Howey test for determining the security status of XRP.

As for Coinbase, the SEC allegedly failed to communicate any details regarding the product’s assessment, for which they used “the prism of decades-old Supreme Court cases called Howey and Reves.”

“The SEC told us they consider Lend to involve a security, but wouldn’t say why or how they’d reached that conclusion,” according to the exchange.

“The SEC won’t share the assessment itself, only the fact that they have done it,” explained Coinbase’s Chief Legal Officer Paul Grewal in the company’s official post on Medium.

Not a legal advice

The billionaire Mark Cuban, was among those who joined the conversation on Twitter, advising the offensive approach.

Brian, this is "Regulation via Litigation". They aren't capable of working through this themselves and are afraid of making mistakes in doing so. They they leave it to the lawyers. Just the people you don't want impacting the new technologies. You have to go on the offensive

After the SEC filed suit against Ripple, Coinbase promptly removed XRP from its platform, but now some see this as an opportunity to join forces.

I think this would be a good time for Coinbase to publicly recognize that the SEC is overstepping and make the leap and realist XRP. Yes, you may face a lawsuit, but it’s time the crypto industry stand together and support each other. I stand with Coinbase and Ripple https://t.co/K94PwGOWLz

US: SEC warns public of crypto scams and ICOs