China holds $3.9B worth of Bitcoin despite anti-crypto stance

The Chinese government holds $6 billion worth of cryptocurrencies, including Bitcoin, Ethereum and others. 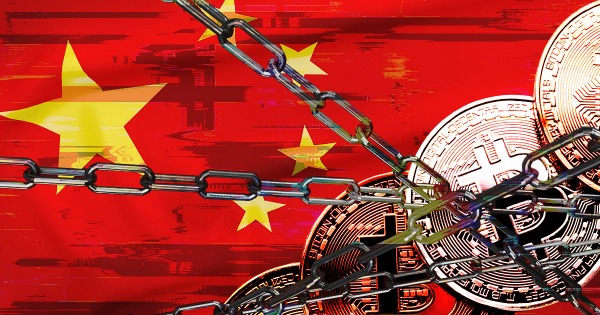 CryptoQuant co-founder Ki Young Ju said the Chinese government is a crypto whale, despite its negative posture toward the industry.

FUN FACT: Government of China🇨🇳 is a crypto whale.

Chinese authorities seized 194k BTC, 833k ETH, and others from the PlusToken scam in 2019. They forfeited these $6 billion-worth assets to the national treasury.

The PlusToken scam was a Ponzi scheme that began in 2018 and had investors mainly from China and South Korea. Reports stated that the scheme had swindled investors off over $2 billion in digital assets in 2019.

The Chinese government secured the arrest of the operation’s masterminds, jailing them for 11 years.

Meanwhile, CryptoQuant analysis revealed that the scammers have cashed out over 90,000 BTC using mixers through various addresses. The co-founder also stated that the malicious players were still active, as they sent 50 BTC to the same mixer last week.

Other countries acquiring crypto through seizures

China is not the only country acquiring crypto through seizures. Earlier this year, the US Department of Justice seized $3.6 billion worth of Bitcoin connected to the 2016 Bitfinex hack. Before that, the government took 70,000 BTC from Ross Ulbricht when it brought down the Silk Road.

However, unlike China, the United States tends to auction off its seized crypto assets. As of Feb. 2022, the US government holds $4.08 billion worth of Bitcoin.

The U.K. has also seized hundreds of millions of crypto assets, most of which are connected to various crimes.

Ukraine and El Salvador also hold a chunk of BTC. The former mostly acquired its crypto via donations to support the country in its war with Russia.

On the other hand, El Salvador is the first country in the world to make the flagship digital asset legal tender.

Meanwhile, another notable country with crypto holdings is North Korea. Reports state that North Korea-sponsored hackers have stolen up to $2 billion in crypto over the past ten years. The country reportedly spends most of its crypto holdings on its defense programs.