US Department of Justice nabs couple for allegedly trying to launder $3.6 billion worth of Bitcoin Juhi Mirza · 10 months ago · 2 min read
News › Crime

US Department of Justice nabs couple for allegedly trying to launder $3.6 billion worth of Bitcoin

The couple has been accused of allegedly trying to embezzle $3.6 billion worth of Bitcoin that had previously been stolen from the Bitfinex crypto exchange in 2016. 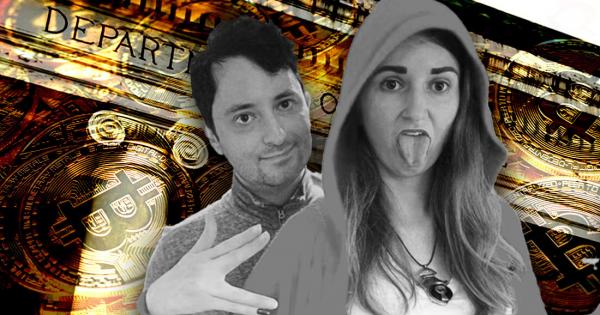 The US Department of Justice announced Tuesday that the law enforcement authorities have captured a married couple linked to the Bitfinex crypto exchange hack incident in 2016.

The married couple, Ilya Lichtenstein, 34, and his Wife Heather Morgan 31 were arrested by US law enforcement and are accused of allegedly trying to launder Bitcoin funds worth $3.6 billion.

The US law enforcement officials accredited the incident as one of the largest financial thefts ever to have taken place. The following theft is also connected to a previous Bitfinex crypto exchange hack, that resulted in the exchange losing nearly 119,756 Bitcoin.

In 2016, approximately 119,756 Bitcoin was stolen from a leading virtual crypto exchange Bitfinex, which at the time was valued roughly $78 million. At the time of writing, the current prices of the stolen Bitcoin hover close to $4.5 billion, making it one of the most critical thefts to have ever been performed.

The US Department of Justice(DOJ) further disclosed the details, stating that the DOJ was able to retrieve the stolen funds after IRS-criminal investigation special agents conducted a thorough inquiry and issued court-authorized search warrants of online accounts linked to Lichtenstein and Morgan. The warrants permitted the authorities to seize files with private keys of the couple to access core details and wallets that held stolen Bitfinex funds.

“Those files contained the private keys required to access the digital wallet that directly received the funds stolen from Bitfinex, and allowed special agents to lawfully seize and recover more than 94,000 bitcoin that had been stolen from Bitfinex. The recovered bitcoin was valued at over $3.6 billion at the time of seizure,” The US Department of Justice further added.

In a statement issued by Assistant Attorney General Kenneth A Polite Jr, he further stated that the arrest made today shows that the authorities are vigilant towards such crypto hacks and will not tolerate cryptocurrency to become a medium of money laundering-related incidents.

“Today, federal law enforcement demonstrates once again that we can follow the money through the blockchain, and that we will not allow cryptocurrency to be a haven for money laundering or a zone of lawlessness within our financial system,”  Assistant Attorney General Kenneth A. Polite Jr. of the Justice Department’s Criminal Division added.

The official documents filed with the court concerning the incident, outline the detailed account of the sophisticated techniques used by the couple in an attempt to launder the stolen Bitfinex funds.

The tactics include setting up fictitious accounts and using computer programs to automate funds. Later on, the funds were sent to Lichtenstein wallet using a complex series of transactions that were meant to make the Bitfinex funds obscure and hard to detect.

The official complaint defines the accused Lichtenstein as a tech entrepreneur, who possesses the citizenship of both the US and Russia. Similarly, his wife’s LinkedIn profile says that Heather Morgan is a serial entrepreneur. The couple has been charged with conspiracy to commit money laundering, which comes with a punishment that can land the couple in prison for up to 20 years.

Following the news of the Feds recovering Bitfinex funds, the exchange took to Twitter to issue a general statement, extending their support and cooperation to assist the Department of Justice in any future investigations.

We’re pleased that DOJ has announced recovery of a significant portion of the bitcoin stolen during the 2016 hack. https://t.co/voGmFUkYoY