Crypto continues to divide opinion, but it remains encouraging that these conversations are taking place at the political level. 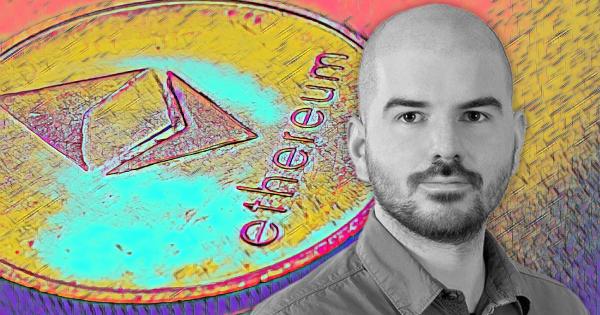 A member of Chile’s Democratic Revolution opposition party, named Giorgio Jackson, revealed he owns an undisclosed sum of Ethereum. At the same time, he said he remains skeptical of crypto as a whole.

The comments came during a conference organized by local exchange Buda, called “Bitcoin and cryptocurrencies: opportunities and challenges.”

Jackson went to say that, despite his suspicions, authorities still need to implement appropriate legal frameworks for digital assets. But he stopped short of endorsing crypto as legal tender in Chile, as they have done in nearby El Salvador.

What does Jackson want to see happen?

Jackson’s contradictory position echoes the psychology of a man caught in two minds about cryptocurrency.

On the one hand, he sees value in the potential economic benefits of digital assets. But then again, he’s also mindful of the issues associated with the nascent and largely unproven technology.

“I do not close myself to the possibility, but I am skeptical, and there are not enough reasons today to maintain that it is something ideal or optimal to have a cryptocurrency as legal tender in any country.”

Nonetheless, in a move that will bring about greater integration of crypto within the legacy financial system, the Chilean politician has called for a fintech law to tackle the issues at hand.

“The fintech world is not going to be exempt, and we have to see how we protect people. We have to pass a fintech law, find a way for them to settle. And the idea of being able to challenge financial institutions seems to me to be fundamental.”

More specifically, Jackson said a fintech law could provide a more stable base, therefore lessening market volatility. He also thinks it may help protect investors from bad actors who operate within the crypto sector.

But months on, and this seems to have largely fizzled out. For example, the laser eyes of Mexican Senator Indira Kempis were shut down by the country’s central bank.

Banco de México recently issued a statement saying crypto is not legal tender while prohibiting its use in the financial system.

“The country’s financial institutions are not authorized to carry out and offer to the public operations with virtual assets, such as Bitcoin, Ether, XRP.

Despite the Latin American crypto revolution seeming to peter out, it remains encouraging that some political representatives in the region keep an open mind towards crypto.

President Alberto Fernández of Argentina, suggested that cryptocurrencies could help with his nation’s runaway inflation problem. However, the country’s central bank remains firmly opposed to the idea.