The possibility of launching a stablecoin on the Cardano network has gone from rumor to major news, as Charles Hoskinson said that it would increase demand for ADA. 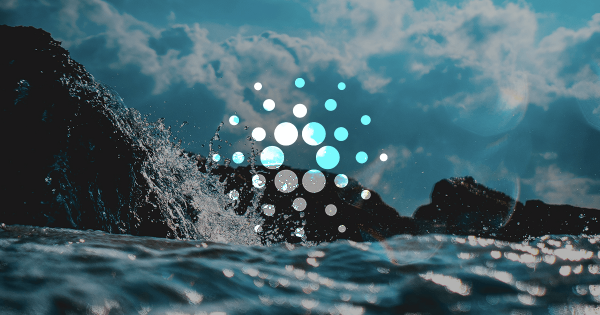 The possibility of launching a stablecoin on the Cardano network has gone from rumor to major news, as Charles Hoskinson said that it would increase demand for ADA. The CEO of IOHK said that the company has been “thinking about stablecoins” for the past seven years and seems to be seriously considering it.

Charles Hoskinson expresses interest in launching a stablecoin on Cardano

A new stablecoin could be introduced to the crypto market, and it might just be launched on the Cardano network. Charles Hoskinson, the CEO of IOHK, the company behind Cardano, expressed interest in hosting a stablecoin on Cardano’s blockchain in a recent tweet, saying that both he and the company have been considering the idea for years. Hoskinson said:

“If we do this, then it will blow everyone out of the water. I started in this space with stablecoins and we’ve been thinking about them for seven years.”

The talk about a Cardano-based stablecoin began with a tweet from Weiss Crypto Ratings, a ratings and analytics company focused on cryptocurrencies. On Feb. 11, the company said that there were rumors that Hoskinson was looking to build a version of DAI stablecoin on Cardano.

The company noted that there is a need for more trustless stablecoins in the crypto market, as coins like DAI have no trusted point of failure. This, the tweet said, gives it a huge advantage over other stablecoins such as USDT and USDC.

Having a stablecoin on Cardano would increase demand for ADA

Launching a version of DAI on Cardano spread like wildfire on Twitter, with the news making headlines on most crypto media. The hype surrounding stablecoins and Cardano had an even harder time calming down when Hoskinson addressed the issue again, explaining that such a project could have huge benefits both for Cardano as a network and for ADA holders.

The Cardano Report, a Cardano-focused news outlet, asked Hoskinson how such a project would benefit ADA holders, as it was unclear whether the project would be separate from Cardano.

Hoskinson said that the prospective stablecoin that gets launched on Cardano could use its native cryptocurrency, ADA, as part of its Central Bank mechanism. This, he explained, would create more demand for the underlying asset, increasing both ADA’s price and its use-cases.