In his latest YouTube video, Charles Hoskinson, the CEO of IOHK, laid out the long and treacherous road they had to take to create a solid foundation for Cardano’s governance. 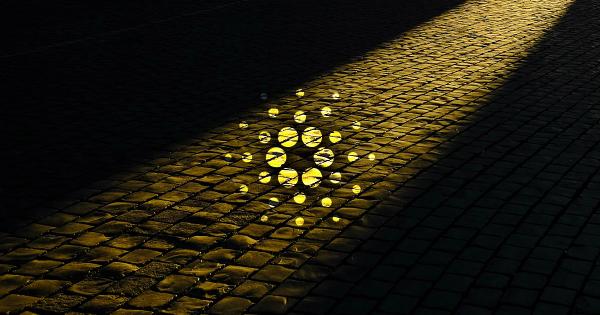 Photo by Ray Fragapane on Unsplash

In his latest YouTube video, Charles Hoskinson, the CEO of IOHK, laid out the long and treacherous road they had to take to create a solid foundation for Cardano’s governance. The two most important aspects of a successful governance system—participation and knowledge—wouldn’t be possible without the Cardano community, Hoskinson said, which is why the company is determined to leave them with a self-sustaining and decentralized platform they will be responsible for.

How conversations about governance spearheaded major development for Cardano

With the Shelley mainnet being out almost three months, most of the conversation regarding Cardano seems to have shifted to Voltaire. The ambitious blockchain’s governance era is set to provide the final pieces required to make Cardano a fully dynamic and decentralized system where the hands of IOHK, the company that made it, won’t be able to steer its course.

And while Voltaire is still in its development phase, it’s often discussed in the present tense rather than the future one. This is a testament to the amount of research and preparation that went into it—something Charles Hoskinson, the CEO of IOHK, discussed in depth in a YouTube video last week.

The process of converting Cardano from a static and federated system into a dynamic and federated one has been going on for at least five years. However, it was only after Shelley launched earlier in June that its development got turbocharged.

According to Hoskinson, this is a direct consequence of the major success the company had with testing out Shelley. The “training wheels” approach to launching Shelley was praised both by the Cardano community and the people working on the system, as it created an incentivized environment where the developers and the community were able to verify that the system works.

By creating the closed testing ecosystem that was the Incentivized Testnet (ITN), IOHK seems to have rallied up a very special group of people. Hoskinson said that Cardano wouldn’t have been possible without the participation of the community, which as, in some cases, better informed about the realities of the system than the IOHK employees that built it.

It was these conversations that really spearheaded the development of Voltaire. Hoskinson believes that a successful governance system cannot be built without knowledge and participation—two factors that are solely the products of community engagement.

IOHK has set its sights on applying the same community-led principle that worked on Shelley to Voltaire.

The problems of governance begin with definitions

Unlike some of the fundamental factors of staking, the major defining points of governance—knowledge, and participation—are very much abstract. This means that the first problems IOHK was faced with when working on Voltaire weren’t technical, but semantical.

Namely, introducing governance to a platform requires setting up very rigid definitions. Hoskinson said that it was clear that every Cardano user would be able to participate in the platform’s governance, but what defines a Cardano user was much more nuanced. Is it someone that holds ADA? Or someone whose voice carries a lot of weight in the community? Could an organization be defined as an ADA holder? If it could, then can the definition of an ADA holder include an entire government?

The questions increase exponentially as you get deeper into the topic of governance, which is why setting up very solid foundations was something IOHK spent a great deal of time on.

“The governance component is the single hardest component of all cryptocurrencies,” Hoskinson said in his video.

He went as far as to say that it’s so hard that blockchains such as Ethereum consciously decide to keep the decision making centralized instead of passing it on to the community.

Creating a system with high participation where the community’s knowledge about the protocol increases over time is hard. So, instead of inviting the community to onboard Voltaire once it’s done, IOHK decided to include everyone in the process.

According to Hoskinson, this was the reason why the company decided to set up the DC Fund. The main hypothesis behind this was that if the company put out a little money pot, people would show up and want to take part in the process.

While ambitious in nature, the DC Fund is currently in its infancy. The so-called “Fund 1” is currently underway, with the main goal of the fund being focus grouping and building interfaces that would facilitate a future voting system. Once finished, it will be immediately followed by Fund 2, which will allow the community to vote on the allocation of $250,000 worth of ADA that’s currently in Cardano’s treasury system.

Voting, as Hoskinson explained, will be facilitated through a ballot system.

And this is where things become interesting.

IOHK has already partnered with Ideascale, a company that focuses on innovation management. The partnership essentially allows Ideascale to take all of the community propositions on governance and work with them to create a single ballot that would include the best propositions.

Such ballots, carefully thought out and designed, will have a much bigger chance of getting approved than a bunch of disconnected community proposals—something Hoskinson believes will benefit all Cardano users.

And with new funds launched every six to eight weeks, the community can be sure that their voice will be consistently heard. Increasing the number of funds will not only increase the community’s participation in Cardano’s governance but also allow them to hold much more productive discussions, develop thought leaders, and improve the UX/UI of the voting process in general.

According to the current plan, the first vote could be cast as early as October, as Hoskinson said that voter registration should begin at the end of September. As of now, the company will be focused on improving the quality of the ballots, but Hoskinson noted that the user experience is most likely set to disappoint.

However, with enough work, the ballot system will get to a point where it won’t be just about funding. The community will be able to use the system to vote on Cardano Improvement Proposals (CIPs) and make decisions about the platform’s design.

In Hoskinson’s opinion, there’s a specific point in time when we will know when the voting system has achieved peak stability—when it manages to converge with ease to decisions and the community accepts them without forking the project.

“If this can be accomplished, Cardano will be the most valuable cryptocurrency in the world,” he said.

The process, however, might take longer than the crypto industry is used to. Hoskinson said that it may take anywhere between five and 30 years before this happens, but noted that the exponential growth in the industry’s development might significantly speed up the process.

Once full decentralization does come, IOHK will fade into the background and become just another player in Cardano’s community.

Despite focusing mostly on the company’s future plans, Hoskinson did reveal some things the community can expect from Voltaire much sooner.

Fund 3 is expected to launch either in November or December and will most likely be used to test out voting on CIPs. In three to six months Shelley is also expected to reach “an equilibrium” that will allow users to delegate their ADA to a group of pools.