A spontaneous gathering of around 500 members of the Cardano community will most likely be responsible for deciding on the future of the Cardano Foundation. 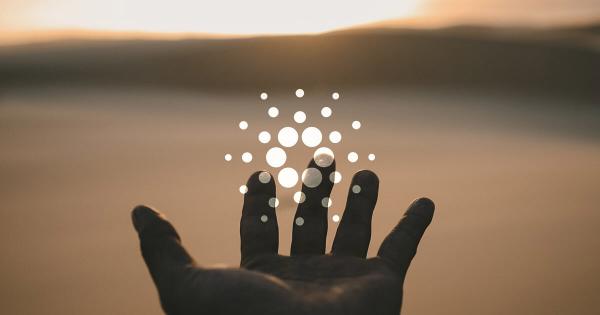 Photo by Billy Pasco on Unsplash

A spontaneous gathering of around 500 members of the Cardano community will most likely be responsible for deciding on the future of the Cardano Foundation. Charles Hoskinson, the CEO of IOHK, said that he was glad that the community came together to build out the roadmap for the foundation, adding that it was the embodiment of the independent leadership Cardano wants to instill in its users.

After two community managers were removed from their positions last week, the Cardano community spontaneously gathered into a Telegram group to discuss the future of the Cardano Foundation. Tasked with the development and adoption of the Cardano network, the foundation, while successful, suffers from a lack of a clear roadmap that would make its operation more transparent.

Within a week, the Telegram group started by the host of the Digital Fortress YouTube Channel, Rick McCracken, gathered over 140 members that engaged in a serious but productive discussion about where the Cardano Foundation should go. As of press time, there are over 500 people in the group.

Do you have great ideas for Cardano? Join the telegram here for Roadmap inputs https://t.co/NQ8YgrMFrt

Charles Hoskinson, the CEO of IOHK, said that he was surprised by the interest the community has shown, as even some fo the council members of the Cardano Foundation have joined the conversation. In a YouTube video, Hoskinson said that he expects a few thousand people to join the initiative in the following weeks.

What the community wants from the Cardano Foundation

Within days, the community began brainstorming ideas about where to take the Cardano Foundation in an open-source spreadsheet. The proposals, spread out across the remainder of the year, focus on areas such as marketing, women’s involvement, hardware integration, social media management, and financial reports.

Analyzing the community suggestions shows that September will be spent researching and defining the verticals that could be a point of interest both for the community and the foundation. Come fall, the community believes that more effort should be made to market Voltaire, both on social media and across various in-person and online conferences scheduled by the foundation.

As the end of the year gets near, the community wants the foundation to focus on the organization of Cardanocon 2021.

To aid the effort, IOHK will continue doing everything in its power to accelerate the release of Voltaire, Cardano’s governance era. With the introduction of a solid infrastructure, governance could rise from a mishmash of people in a chat to a well organized and efficient structure.

Once the community finishes the roadmap, Hoskinson said that he would personally write an open letter to the Cardano Foundation asking it to address each point put forward by the community. If satisfied by its response, the community will be able to decide whether or not the foundation will continue to play a vital role in Cardano’s governance.