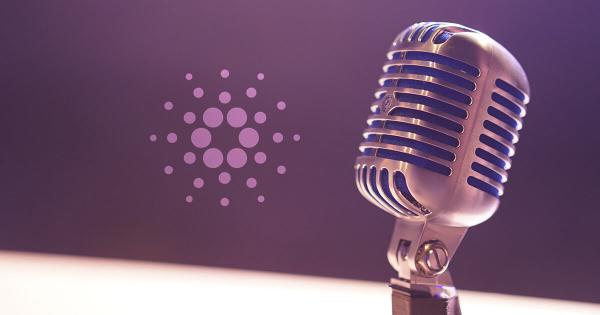 Photo by Matt Botsford on Unsplash

Three weeks in, everything is going smooth and according to plan for Cardano’s staking era. Now that the community has had enough time to get to know Shelley, the crew from the Cardano Effect podcast got together to provide a bit more detail about what the immediate future holds for Shelley and what the community can expect.

No more sleepless nights for developers at Cardano

Cardano’s Shelley era has been out for less than three weeks, but that hasn’t stopped the Cardano community from engaging heavily with the network. The latest data has shown that over 200 stake pools have produced blocks during that time—a significant feat for a network of any size.

However, strong engagement does come with its own drawbacks, one of which is having a community antsy for more features and development.

Some of the woes felt by the community were addressed in the latest Cardano Effect podcast, where Cardano’s service reliability manager Samuel Leathers and Kaizen Crypto’s Pritesh Gosal went through the ongoing decentralization process at Cardano.

While the consensus was that Shelley is only the first step in Cardano’s long process od decentralization, the bulk of the work regarding staking has already been done. The Shelley core team will be having a slow August, Leathers said, adding that the current state of the network means that there won’t be any more sleepless nights for Cardano developers.

This, however, doesn’t mean that the cogwheels aren’t spinning in the background.

The issue with the d-parameter

The first order of business during the podcast was addressing the often mysterious but incredibly important d-parameter. The d-parameter represents the process of decreasing the percentage of blocks on the Cardano network being produced by the Cardano federation. As Leathers explained, it’s a security parameter that enables Cardano to transition into Shelley slowly without sacrificing stability.

The main reason behind the slow drop of the d-parameter is Goguen. Cardano’s smart contract phase will most likely be deployed at the end of November or the beginning of December when it will introduce a multi-asset standard to the network. For this to function correctly, developers need to make sure that the peer-to-peer capability on the network is stable and giving up too much control of block production would make this process much more uncertain. The farthest the d-parameter could drop until then is 0.5.

It’s important to note that while the d-parameter is dropping to zero, the BFT nodes won’t be getting rewards for making blocks. All of the rewards that would have gone to them will spill out and be distributed to the community pools that have created blocks.

Leathers also pointed out that when the d-parameter reaches zero, it will be removed from the code. This means that once community pools begin producing 100 percent of the blocks on the network, there is no way for anyone from the Cardano federation to take control of the network. This could take 200 days, or around six months, according to Leathers.

Goguen through the eyes of stake pool operators

The d-parameter also has a direct effect on how the performance of stake pools is currently measured. Since Shelley launched, every stake pool that managed to produce a block within an epoch, a period of five days during which blocks are made, automatically falls into the category of pools with solid performance.

However, once the d-parameter drops below 0.78, the specific details of a stake pool’s performance will begin to matter. This means that pools that produce all of the blocks that have been assigned to them and distribute the most rewards to its delegators will find themselves at a much better position on the network.

The current number of stake pools that have made blocks until now indicates that we should start to see saturation levels very soon. Leathers noted that saturation at Daedalus is currently disabled at the UI, which means that most users staking through the wallet won’t be able to see the saturation of the network until the feature is released.

When it comes to new features and requirements, Leathers revealed that node multisig would most likely be released as early as September, as there was no need to release it together with Goguen in November.

What Goguen will bring about are higher requirements for pool nodes. As the Goguen code will be part of Cardano’s binary, specs for pool nodes will have to increase.

However, the increased requirements for pools will be followed by a mechanism that will allow pools to stay compatible. Goguen will bring about a feature that will enable pools to opt into what kind of things they want to support. It means that when the multi-asset standard comes, pools will be able to choose which assets on the Cardano network they allow to be delegated to them. While a major step forward for pools, there’s currently very little information about how this will look from the perspective of a stake pool operator.

With more and more people delegating their ADA holdings to stake pools, the question of delegation fees arose. Most users that decided to stake their ADA noticed that delegating their funds to a wallet for the first time costs 2.17 ADA. As Leathers explained, that fee goes into the deposit of a stake pool for the delegation address you registered. The funds are returned to the user once they deregister the address they delegated from. He advised users that have a tendency to move their stake from address to address to deregister each one of them after they move to have the funds returned to them.

The Daedalus wallet will have this feature introduced soon, enabling users to deregister their addresses directly from the wallet interface.

This could prove to be much less of a problem once multi-pool delegation is enabled. Leathers said that users that want to delegate to several stake pools need to use a separate Shelley wallet for each one. Business analysts from IOHK are currently negotiating with some of the network stakeholders to determine how and when to implement this feature. However, it’s important to note that it will first be introduced to hardware wallets, while desktop wallets such as Daedalus and Yoroi will have to wait a bit longer.

The discussion about staking yielded a very interesting hypothetical question—what would happen if all of the available ADA was staked?

Many members of the Cardano community seem to have discussed the issue, coming to the conclusion that it would render the network essentially incapable of operating. However, it turns out that it could possibly be the best thing that could happen to Cardano.

If all of the 31 billion available ADA were staked on the Cardano network and spread out across all of the stake pools, the rewards for staking would decrease, but the price of ADA would skyrocket. Such a massive jump in ADA’s price wouldn’t happen because the circulating supply is diminished—on Cardano, all staked coins can be spent freely. The fact that the entire circulating supply of a token is working towards securing the blockchain will be what would (hypothetically, of course) push ADA through the roof.

When it comes to more realistic scenarios, many members of the community have been worried about the increasing centralization of ADA ownership. Most have pointed their finger at Japan, saying that the massive amount of stake that could come from the country could seriously shake up Cardano’s decentralization.

However, the Japanese question might ultimately prove to be positive for Cardano.

While it’s true that a disproportionally large amount of ADA is held by Japanese investors, a very small percentage of the total stake on the network is actually coming from the country. The bags being held in Japan mostly haven’t been moved since the ICO, which was held there. The fact that most Japanese holders haven’t moved or delegated their funds shows that they’re waiting for ADA to jump to sell off their positions.

If all of the funds were to be sold off from Japan, it would disperse them throughout the world. If the funds were to stay in Japan, we could expect more of them to be staked on the network or even more stake pools to be created—a win-win situation for Cardano either way.

Staking Cardano (ADA) from Yoroi is an easy and straightforward process, very similar to staking your funds from Daedalus.

Cardano has finally transitioned to Shelley, this allows a fully decentralized network that is running and secured by users staked funds.

Charles Hoskinson, the CEO of IOHK, discussed in detail what the next month will have in store for Cardano (ADA).