Ever since Binance appeared on the scene in 2017, its growth has been nothing short of astonishing. The crypto-to-crypto exchange that came from nothing became the world’s largest cryptocurrency trading platform in the speed of a bullet.

And if you had any suspicions whether Binance and its charismatic CEO Changpeng Zhao (CZ) were eyeing world domination, it looks like you were right.

The launch of its own blockchain Binance Chain, hosting IEOs, capturing a slice of the U.S. market, adding support for more and more global fiat currencies, and entering the crypto derivatives space isn’t enough for the hungry serial entrepreneur.

Now, Binance is taking the next big step following in the footsteps of behemoth tech companies like Google and Amazon by announcing its own cloud operation — Binance Cloud.

Bloomberg is focused on revenue and numbers, which are hard to predict, but you could look at AWS and Azure…

And if you ever wished to run a crypto exchange like @Binance, then…https://t.co/FEVM9h2MqU

So, how does Binance plan this move to the cloud? Actually, CZ’s ever-expanding crypto empire has already begun. According to an article in Bloomberg, “The cloud division” has been running for three months already and employs almost 20 people.

Binance Cloud has all the makings of a real revenue-spinner. The Malta-based company will allow business clients to use Binance’s rock-solid tech infrastructure to set up their own exchanges (including expertise in areas such as matching engines, risk control, and data security systems). According to the Binance blog:

“The Binance Cloud service is an all-in-one solution, featuring an easy-to-use dashboard that allows customers to manage funds, trading pairs and coin listings, as well as multilingual support, depth-sharing with the Binance.com global exchange, and more opportunities to collaborate with the ecosystem.”

It’s no secret that Binance flourishes being on the cutting-edge. So it makes sense that its leader would feel comfortable leaping into the Cloud.

And in fact, rather than just create a new revenue stream for one of the cryptocurrency industry’s few unicorns (companies with valuations north of $1 billion), it could turn into the company’s main business.

CZ told Bloomberg that he expected Binance Cloud to become its biggest revenue source within the next five years. He confirmed:

“Theoretically speaking, we can let anyone in the world create their own exchanges, and the demand is huge… Even during the crypto winter of 2018 and 2019, hundreds of new exchanges popped up every day.”

Currently, most of Binance’s profits come from transaction fees. However, while this is a profitable business model, it is also dependent on fluctuating prices and cryptocurrency volatility. The move to an enterprise-oriented business would provide a more steady source of income.

Binance will be in good company among large tech giants intent on consolidating their hegemony. Both Google’s parent company Alphabet Inc. and Amazon have long produced more revenue from their cloud services businesses than their core consumer-facing ones.

Not CZ’s first time with the cloud

For the man with the Midas touch, this is not CZ’s first foray into the cloud. In fact, before starting Binance, he founded a Shanghai-based startup called BijieTech which specialized in cloud services outsourcing.

Apparently, Binance will favor fiat exchanges as its cloud clients, particularly ones in regions where the company doesn’t yet have a strong foothold (are there any?).

They will also ideally have good compliance and standing with local regulators. CZ stated on the company page:

“With these initiatives focused on opening access to Binance’s technology and resources as an infrastructure provider, we aim to limit the technical challenges for platforms and partners, allowing them to focus on their users and local fiat access and accelerate the global adoption of crypto.”

Binance is certainly well-placed to become the Amazon of the crypto world. Arguably, it already is. With competition in the niche crypto cloud space still emerging, its main rival will be Huobi who rolled out its cloud operations in 2018. 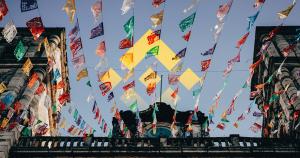 Christina is a cryptocurrency writer with a passion for technology and striking up important conversations. MBA qualified, she draws on many years’ experience as a business reporter and interviewer to uncover the latest developments and pressing issues in the cryptocurrency space.

Binance is a global cryptocurrency exchange that provides a platform for trading more than 100 cryptocurrencies. Since early 2018, Binance has been considered one of the biggest cryptocurrency exchange in the world in terms of total trading volume. History CEO Changpeng Zhao had previously founded Fusion Systems in 2005 in Shanghai; the company built high-frequency […] Learn More ➛