Following the trend of international banking institutions in limiting their customers’ interaction with cryptocurrency associated accounts, Bank of Montreal, one of Canada’s “Big Five,” has taken a conservative stance on the new crypto economy. 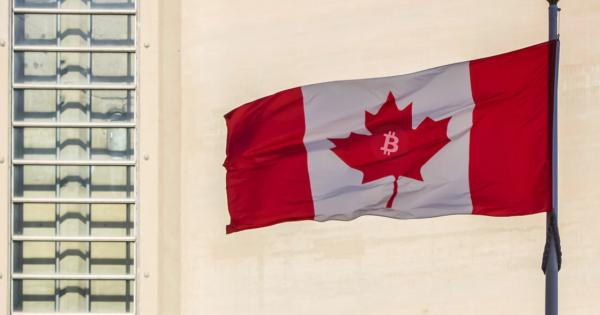 Photo by Cris DiNoto on Unsplash

Following the trend of international banking institutions in limiting their customers’ interaction with cryptocurrency associated accounts, Bank of Montreal, one of Canada’s “Big Five,” has taken a conservative stance on the new crypto economy.

Last month, rumors of a BMO internal memo were leaked on Reddit, providing frustrated community members with evidence of a staff bulletin that had been circulating within the organization. The bank has now officially restricted users from making purchases with their own money — blocking debit transaction with cryptocurrency platform through Interac Online Payment and Mastercard in a decision made “to better protect the security of our clients and the bank.”

Canada has recently seen an increase in banks interfering with their customer’s ability to transact with accounts related to cryptocurrencies.

Scotiabank has blocked all credit and Visa related purchases of cryptocurrency, while another major service provider, Toronto-Dominion Bank, now prevents customers from purchasing crypto assets using credit cards, as such purchases “could expose them to substantially higher debt levels than they can repay.”

Banks around the world have attempted to make a stand against the emerging crypto industry as financial institutions such as Citigroup, Commonwealth Bank, and Danske Bank continue to limit their customers’ ability to acquire crypto assets — in some cases freezing user accounts with no warning or notice.

Such aggressive policies have proven to be an ultimately fruitless endeavor. Canada’s economically savvy crypto community has instead turned to local forums and trading posts, with sites such as Localbitcoins seeing a dramatic spike in Canadian traffic this month.

Banking institutions continue to underestimate the resilience of the Bitcoin market. P2P exchange portals, Bitcoin ATMs, and local credit unions provide investors with an assortment of alternative channels to exchange fiat for crypto. While market demand for cryptocurrency remains, businesses providing such services will continue to flourish.

Cryptocurrency mining companies have also shown particular interest in Canada as their base of operations. Provinces like British Columbia and Quebec — where hydroelectricity provides the grid with over 90% of their energy needs, have seen an influx of mining companies including Québécois based Bitfarm.

The combination of cheap energy with frigid temperatures year round keeps company overheads low, as mining hardware in these environments requires minimal cooling.

Not all Canadian Financial Institutions Have Shunned Cryptocurrency

Starting with Bitcoin and Ethereum in Q2 of 2018, Shorcan will utilize Paycase’s data aggregation services to build technology that will bring common stock trading data benchmarks and indices to a platform that is:

“Designed to leverage the combination of Shorcan Brokers’ expertise in providing clients in the Canadian financial industry with liquid, efficient and reliable brokerage services with Paycase’s premier cryptocurrency data aggregation platform and established worldwide network of industry leaders and participants”

Historically, TSX Group has been outwardly progressive in the adoption of the emerging crypto sector. Last year the firm announced its approval for public trading of Hashchain, a major trustware provider for decentralized financial services, alongside eight other cryptocurrency related startups. With 50 more blockchain and cryptocurrency companies preparing to list on the TSX this year, the Canadian stock exchange continues to evolve and lead the Canadian fintech industry.

While the response from Canada’s economic sector remains varied, the Canadian Government has remained incredibly bullish on potential blockchain implementations.

Later that month, Canada announced that it would be working with the World Economic Forum to introduce a Blockchain based ID system called Known Traveller Digital Identity.

With both of these systems are still in the rudimentary planning and testing phases, it may be awhile before the country see a mass rollout of either project. However, in taking this preparatory step forward — Canada, once again, demonstrates its ability to focus on citizen’s needs, providing a secure and transparent system that foster trust and accountability in bureaucratic procedures.