The disruption of blockchain technologies is a global phenomenon that has already begun to change our conceptions of finance and economy. 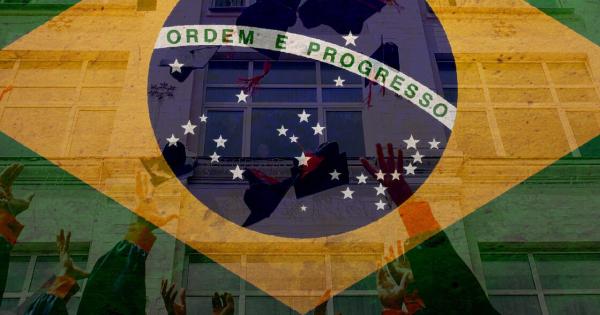 Photo by Vasily Koloda on Unsplash

The disruption of blockchain technologies is a global phenomenon that has already begun to change our conceptions of finance and economy. To better educate its citizens on these changes, the Brazilian foundation Getulio Vargas (FGV) created the first master’s degree in crypto finances – a first-of-its-kind initiative both in the country and South America.

According to a report by São Paulo based newspaper, the Estadão, Brazil has decided to take a step forward in the modernization of its academic programs by offering an official academic degree on cryptocurrencies and blockchain technologies to the general public.

Although similar courses and seminars exist, this master’s degree is worth mentioning because it demonstrates the innovative vision of an educational system that adapts to the progress of modern society.

This view sharply contrasts with the criticisms of some traditional finance specialists who dismiss the importance of cryptocurrencies in the new conception of decentralized businesses that is germinating all over the world.

The Getulio Vargas Foundation (FGV) was created in 1944. Ever since that moment, it focused on providing knowledge in applied sciences to students interested in entering the public administration and specific sectors of private industry.

Its innovation-oriented vision earned it a privileged position among the most important businessmen in the world.

On 2011, it was the only Latin American university in the Top 100  (in terms of popularity) according to an interview conducted by the New York Times. They are also ranked among the 200 most important universities for administration and business studies of 2018 according to topuniversities.com

Today, Brazil demonstrate why it is one of the world’s emerging economies, validating at the same time the solidity and seriousness of blockchain technologies as a business with big potential for many types of industries.

This is a significant move for a region where government positions on cryptocurrencies are not historically favorable.

“Blockchain Insper”: a Combination of Study Group and Junior Company

Within the Getulio Vargas Foundation, a student group called “Blockchain Insper” was born seven months ago.

Its creators, Felipe Santos, 20 and João Perpetuo, 23, sought to start a study project that would cover cryptos from the perspective of various traditional disciplines such as finance, technology, business and simulation of corporate areas like Marketing, Strategy, Content, and Events.

In addition to promoting in-depth studies on crypto-finances, they intend to provide specialized consulting services to potential clients.

A similar project by the University of Berkeley in the United States inspired this initiative. Felipe Santos; an economics student explains that the vision of “Blockchain Insper” goes beyond a merely academic orientation:

People believed that they could create a hub that would facilitate entry for all students and has an innovation bias that sets us apart from a junior company. Our vision is to help people to do really new things.”

According to Ricardo Rochman, program coordinator, the Getulio Vargas Foundation is very serious about the development of blockchain technologies as an enhancer of the traditional economic model, and given the lack of professional training in the field, they aimed to provide an opportunity for academic studies to people interested in the area:

“It is a market in which many skilled people are lacking (…) We have economic and financial foundations within crypto-finance that are worth discussing, researching and teaching.”

Although the Getulio Vargas Foundation is the first to provide this type of master’s degree countrywide, there are other universities around the world that offer courses, master’s, and even doctorates in blockchain-related areas. Some of the most renowned are:

This is just a small example of how blockchain can have a significant contribution to the world and how its study deserves much more than just practical advice.

For those who wish to make of cryptocurrencies something more than a hobby, rigorous and specialized education can be the first step to build the better world we all dream of thanks to the adoption and evolution of blockchain technologies.