Crypto-Education Soaring High Thanks to Big-Name Universities Like Stanford, CMU and UW

Ever since Bitcoin started gaining widespread media traction a couple of years back, educational institutions all across the globe have been taking notice of this sector and have begun offering students with specially tailored programs that will give their digital careers a good head-start. 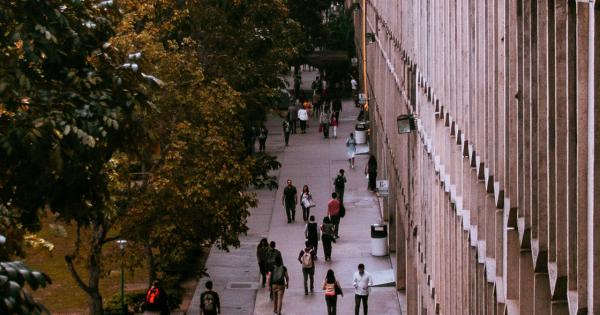 Photo by Andrés Gerlotti on Unsplash

Ever since Bitcoin started gaining widespread media traction a couple of years back, educational institutions all across the globe have been taking notice of this sector and have begun offering students with specially tailored programs that will give their digital careers a good head-start.

In the past 12 months alone, there have been hundreds of new cryptocurrencies that have been introduced into the market.

While the reason for their popularity may be varied, their underlying foundation is one which allows for secure and fast monetary transactions without the use of an intermediary financial entity such as a bank.

Professor Dan Boneh, in charge of Stanford’s Computer Security Lab, began teaching students about cryptocurrencies in 2015 and has since mentored over a million students in this niche’ educational field.

Talking about his motivation for starting such a crypto-centric program, Boneh said:

“Cryptocurrencies are a wonderful way of teaching people about cryptography, especially since a lot of people are attracted to the huge valuations in these currencies. There are a whole bunch of new applications for cryptography that didn’t exist before this market took off last year.”

In fact, Boneh went on to add that his “Security and Cryptography” course was amongst the top three most popular chosen subjects within the university’s computer science department, trailing only Machine Learning.

One may be tempted to believe that Stanford is one of the few educational hubs offering its students with such exciting courses. However, the list of universities presenting blockchain and crypto oriented study programs has been growing steadily for quite some time now.

Halfway across the globe, leading Australian tech-university RMIT announced earlier this year that it would be offering its students with a short-term “Blockchain Strategy Course”.

The course has become part of the school’s official curriculum for the first time this year and has already drawn interest from a number of Ph.D. scholars.

Speaking with a respected media outlet, Goyal said that he saw blockchain as being the primary driving force for future digital innovation. He then went as far as saying:

“The big question on my mind is, ‘Can blockchain and cryptocurrencies replace the cloud completely?”

Other universities involved with such innovative study programs and student groups include:

The Future of Blockchain

With universities like Carnegie Mellon actively fostering an interest in the crypto field by starting initiatives such as the CMU Crypto Group, it feels like blockchain technology is finally being viewed as a vehicle that can be implemented within domains far beyond the constricted realms of finance and money.

Well, whatever may be the case, one thing is for sure that students from an early age are now beginning to explore unique startup opportunities by breaking conventional business models via the power of blockchain.