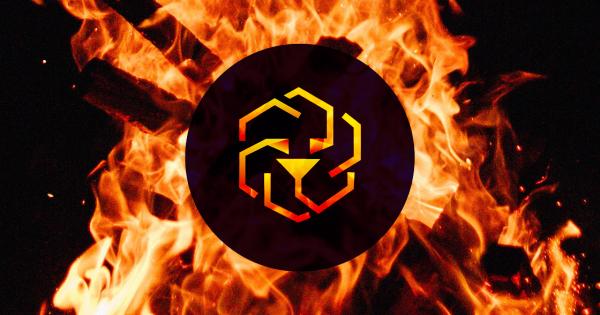 Bitfinex’s parent company iFinex sold $1 billion in LEO tokens for USDT from private investors during a 10-day token sale in May 2019 to cover an $850 million loss from Crypto Capital.

The New York Attorney General’s office accuses iFinex of engaging in a cover up, while the company insists the money was seized by government officials and would likely be returned.

Bitfinex created a continuous token burn mechanism that will buy back an amount of LEO tokens worth a minimum of 27 percent the revenue of iFinex and its subsidiaries. IFinex’s holdings include digital exchanges Bitfinex, Tether, and EOSfinex.

The buyback program began on June 14 and is programmed to burn LEO tokens every 3 hours. Gross revenues from iFinex will be allocated toward the purchase of LEO tokens at market rates until 100 percent of the tokens have been burned.

The UNUS SED LEO Transparency Initiative consists of an “LEO Transparency Dashboard” providing real-time insights on the amount of funds collected for the buyback and LEO tokens that remain in circulation.

The burn mechanism will initially be funded with revenue from LEO tokens used to pay for trading fees on Bitfinex.

New York Attorney General Letitia James issued a court order in April 2019 demanding the company cease and desist operations in the state. The document alleges that iFinex, Inc participated in a cover-up to hide the loss at Crypto Capital. According to a press release issued by the Attorney General’s office:

“In order to fill the gap, executives of Bitfinex and Tether engaged in a series of conflicted corporate transactions whereby Bitfinex gave itself access to up to $900 million of Tether’s cash reserves, which Tether for years repeatedly told investors fully backed the tether virtual currency “1-to-1.”

Tether updated their website in March 2019 to change their description of USDT as backed 1:1 by USD to backed by reserves of “traditional currency and cash equivalents.” In April, Tether revealed in court documents it was only 74 percent backed by fiat.

IFinex continues to assert that the funds from Crypto Capital were seized rather than lost and expressed hope that the New York Attorney General’s office will assist the company in recovering the funds instead of pursuing its closure.