An ongoing investigation into iFinex Inc seems to have caused an exodus of traders out of Bitfinex. 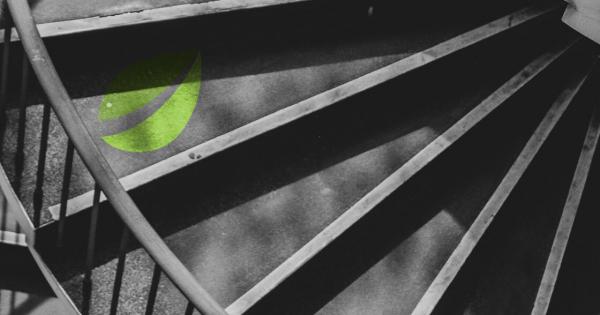 An ongoing investigation into iFinex Inc. seems to have caused an exodus of traders out of Bitfinex. An increasing number of users report issues with withdrawing funds from the platform. Moreover, approximately $430 million worth of Bitcoin and Ethereum have exited the exchange’s cold wallets.

On Apr. 25, 2019, the attorney general of the State of New York, Letitia James, disclosed that it had obtained a court order against iFinex Inc.—the parent company that operates Bitfinex and owns Tether Ltd.— for engaging in a cover-up to hide the apparent loss of $850 million. While the firm is being investigated for bank fraud, it was ordered to cease further dissipation of the US dollar assets which back the USDT stablecoin.

Since then, Tether holders seem to be cashing out into other cryptocurrencies such as bitcoin, ether, and other stablecoins as they try to leave the exchange. While this has not been confirmed, it can be observed through premium prices on the platform against other exchanges (which has led CoinMarketCap to exclude the exchange’s price data from its site).

The effects that the recent news surrounding the platform can also be seen by analyzing Bitfinex’s cold wallets. A sum of approximately 1,094,172 ether valued at $183 million, and 42,645 bitcoin worth $247 million, were withdrawn from the platform following the investigation.

The total amount of money that has been cleared out of the exchange’s wallets corresponds to a sum of more than $430 million when factoring in stablecoins and other cryptocurrencies where data is not readily available.

Based on the recent activity, it seems like withdrawals are being processed. However, it’s not clear whether funds are largely being transferred to Bitfinex-owned or customer owned accounts.

Nonetheless, a growing number of users have reported that they have not been able to take fiat currencies out of the exchange, and some, inclusively, have been allegedly banned for asking about fiat withdrawals.

At the beginning of 2014, Mt Gox, a Japan’s-based trading platform, was considered the largest bitcoin exchange in the world. It handled over 70 percent of all Bitcoin transactions worldwide.

On Feb. 7, 2014, the exchange stopped all bitcoin withdrawals, claiming that it was merely “to obtain a clear technical view of the currency process.” After a number of weeks of uncertainty, on Feb. 24, the exchange suspended all trading activities and the website went offline.

That week, a leaked corporate document claimed that hackers had stolen 844,408 bitcoins, which at the moment represented 7 percent of the total BTC in circulation. Later that year, the company declared bankruptcy and shut down all services offered by the exchange.

Over a year before Mt. Gox ceased operations rumors were circulating about the insolvency of the platform as customers had problems withdrawing their funds. Roger Ver, an early Bitcoin advocate and investor, published a video at the Mt. Gox headquarters in Japan on July 17, 2013, stating that the platform was doing fine and the withdrawal issues were being caused by the traditional banking system.

“I had a nice chat with Mt. Gox CEO, Mark Karpeles, about their current situation. He showed me multiple bank statements, as well as letters from banks and lawyers. I’m sure that all the current withdrawal problems at Mt. Gox are being caused by the traditional banking system, not because of a lack of liquidity at Mt. Gox. The traditional banking partners that Mt. Gox needs to work with are not able to keep up with the demands of the growing Bitcoin economy.”

By the time that the platform stopped bitcoin withdrawals, the crypto community was aware of the ongoing issues the company was facing. Thus, the announcement was a catalyst for investors to panic sell their bitcoins at market price, dropping its market valuation from $680 all the way down to $100, which represented an 85 percent crash (that corrected shortly afterward).

Currently, Tether is the most important stablecoin in the market. It holds an 87.1 percent share of the total Bitcoin trading volume.

Tether Ltd. has been involved in a series of legal issues regarding the apparent loss of $850 million and recently it was revealed that the stablecoin is just 74 percent paired to cash equivalents.

Now, the parent company behind the USDT token plans launch a $1 billion initial exchange offering that could help Bitfinex stay afloat. However, the ongoing investigation could conclude that iFinex Inc. did indeed engage in bank fraud, which could potentially bring down the firm and its affiliates.

Tone Vays, a former Wall Street analysts, believes that the implications of Tether “blowing up” could actually have a positive impact on the price of Bitcoin. According to the analyst, there could be short-term panic in the market, but people will then realize that the only way to get out of tether will be by quickly spending their USDT on other cryptocurrencies so that they can move out of the exchange. Instead of a panic sell like what happened when the Mt. Gox announcement was released, the market could go into a “panic buy” that could increase the market valuation of bitcoin and other crypto assets.

The market could be giving the same signs it did before Mt. Gox imploded. Rumors are growing about the legality of the actions taken by iFinex Inc. Not only was a court order obtained by the attorney general of the State of New York against Bitfinex, but several individuals linked to the exchange have been indicted. These facts have had a huge impact on the platform’s credibility, triggering an enormous exodus of traders that want out of the exchange.

Liquidity on the exchange is drying up. Bitfinex’s funds remain confiscated by government authorities and a growing number of users are attempting to get their funds off of the exchange. Trading volumes on the platform are experiencing a steady decline while some of its customers have been reporting additional delays.

History tends to repeat itself, and it seems like there could be Mt. Gox 2.0 in the making. That said, circumstances could quickly change if Bitfinex is able to raise the $1 billion it needs.