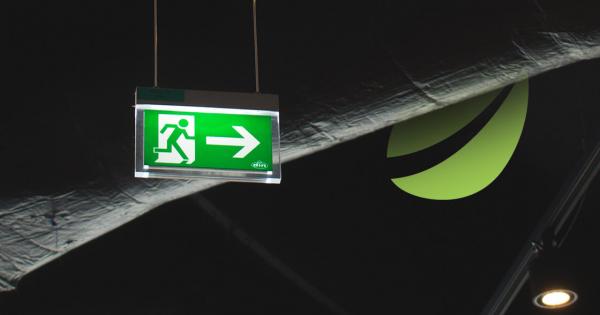 Zhao Dong, one of China’s biggest OTC traders, recently published a marketing document detailing iFinex Inc. plans to conduct an initial exchange offering (IEO), aiming to raise $1 billion. The move follows a probe led by the attorney general of the State of New York, which revealed the apparent loss of $850 million in funds by the firm.

A document allegedly released by iFinex Inc.—a privately held financial technology company based in the British Virgin Islands that operates Bitfinex and owns Tether Ltd.—revealed the firm’s intention to create a subsidiary under the name of Unus Sed Leo Ltd. to make available up to $1 billion of tokens for purchase. The crypto coins, which will be named LEO, aim to be the utility token at heart of the company’s ecosystem.

The one billion LEO tokens issued by Unus Sed Leo Ltd. will be priced at 1 USDT per coin and will be sold in private offerings without general solicitation or advertising. The remaining tokens will be sold on the issuer’s sole discretion.

All tokens will be bought back by iFinex and its affiliates on a monthly basis at market price, with approximately 27 percent of the firm’s profits from the previous month. If Bitfinex is able to recover the funds currently held by Crypto Capital Corp., it will allocate 95 percent of that money to repurchase the outstanding LEO tokens within 18 months from the date of recovery. In addition, if the exchange can get back a portion of the 119,756 bitcoins that were hacked in 2016, at least 80 percent of it would be used to buy back and burn the tokens.

Interestingly enough Zhao Dong, a Bitfinex shareholder who released the document, implied that around 60 percent of tokens have already been sold by stating that a sum of $600 million has been raised by the firm in private through verbal commitments. If the remaining tokens are not sold, they will be released for a public offering around May 10, 2019.

The Chinese magnate also suggested that the creation of the IEO was mainly motivated by the $850 million being retained by Crypto Capital Corp., which was recently brought up by the New York General’s office in a lawsuit.

On Apr. 25, 2019, the attorney general of the State of New York in a press release revealed that it had obtained a court order against iFinex Inc. for engaging in a cover-up to hide the apparent loss of almost one billion dollars of co-mingled client and corporate funds. As a result, the firm was ordered to cease further dissipation of the US dollar assets which back the USDT stablecoin.

In 2018, iFinex handed $850 million over to Crypto Capital Corp., a Panamanian payment processor, in order for them to handle Bitfinex customers-fiat-withdrawals requests. After the agreement was made without any written contract or assurance, the funds were seized by American, Polish and Portuguese authorities.

Therefore, the Panamanian payment processor was no longer able to process the withdrawal orders and iFinex Inc. failed to inform its investors of the potential losses and engaged in unlawful behavior.

The attorney general mentioned in the press release that the Hong Kong-based exchange began fulfilling customers’ withdrawal requests by combining customer and company funds together and not disclosing these actions.

“Bitfinex has already taken at least $700 million from Tether’s reserves. Those transactions—which also have not been disclosed to investors—treat Tether’s cash reserves as Bitfinex’s corporate slush fund, and are being used to hide Bitfinex’s massive, undisclosed losses and inability to handle customer withdrawals.”

Recently, the US Department of Justice seized an HSBC bank account directly connected to Bitfinex that contained part of the $850 million in question. The account was allegedly used to commit bank fraud by secretly transferring US dollars to and from customers of cryptocurrency exchanges.

According to an indictment announced on Apr. 30, 2019, by US Attorney for the Southern District of New York, Geoffrey Berman, the bank account was centered around two individuals.

“Reginald Fowler and Ravid Yosef allegedly ran a shadow bank that processed hundreds of millions of dollars of unregulated transactions on behalf of numerous cryptocurrency exchanges. Their organization allegedly skirted the anti-money laundering safeguards required of licensed institutions that ensure the U.S. financial system is not used for criminal purposes, and did so through lies and deceit.”

Moreover, the Polish authorities confiscated approximately $450 million on Apr. 2018 from an account reportedly affiliated with the cryptocurrency exchange in a case that suggested a link between a company owned by Crypto Capital Corp. and a Colombian drug cartel, a local news outlet reported on Apr. 6, 2019.

Up to now, there has been no indication of Portugal’s involvement in the confiscation.

Although the launch of an initial exchange offering may help alleviate Bitfinex financial responsibilities, its reputation has been damaged by all the negative news surrounding the platform.

Over the past few weeks, Bitfinex has experienced a massive exodus of traders. More than $400 million have been moved from the platform’s cold wallet in large amounts of bitcoin and ether to unknown addresses. This could imply that Tether holders have been liquidating their tokens for the two major cryptocurrencies as well as other digital assets as they run out of the exchange.

The Bitfinex exodus could have created the recent spike in prices where most cryptos are trading at a premium compared to other exchanges, resulting in CoinMarketCap removing the exchange from its price calculations.

A Reddit user by the name of u/frozen12 recently reported that fiat currencies withdrawals are still not working for Bitfinex customers. The withdrawals are simply stuck for days before they are canceled. Thus, the only way users can take their money out of the exchange is by purchasing cryptocurrencies, which are currently valued at a premium.

Will the $850 million be returned?

As the ongoing probe against iFinex Inc. unfolds, the possibility for the firm to recover the confiscated $850 million seems to be fading away. In the US, the firm is being investigated for bank fraud while in Poland, it has been linked to a Colombian drug cartel. In the meantime, it is unknown why the Portuguese authorities may have seized iFinex funds, but it all points out to be more wrongdoings.

If Zhao Dong is right and approximately 600 million of the 1 billion issued LEO tokens have already been sold to private investors, then there might still exist some credibility around Bitfinex.  Only time will tell if iFinex Inc. is able to successfully conduct an IEO, prove their innocence to authorities, and earn back user trust.