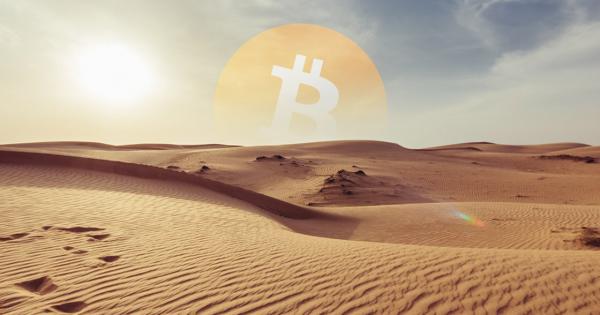 The volume of bitcoin on BitMEX dropped to a seven-month low on Oct. 12 (Saturday), to below $900 million for the first time since March.

Since then, up until last week, the daily volume of bitcoin on BitMEX did not drop below $900 million, staying above $2 billion for most of the seven months.

In mid-August, when the bitcoin price initially seemed to be demonstrating strong momentum at $11,969, the volume of the dominant cryptocurrency on BitMEX was above $16 billion, after reaching a record high on June 27 at $26 billion.

Although the volume of bitcoin recovered slightly since Saturday, when compared to the peak of August to the lowest point in October, the daily volume of BTC dropped by 95 percent, to early 2019 levels.

The low volume amidst clear consolidation could indicate that there is not enough buying demand and activity in the $8,000 region to spark a sudden trend reversal to above a key resistance level in $10,000.

Traders like Josh Rager and DonAlt have noted that BTC could reverse if it rebounds to important levels above $9,500. But, until it does, the technical structure of the asset favors a bearish trend without clear fundamental factors to warrant a large upside movement in the near term. Rager said:

“Currently ranging in between but with the inability to close back above $8375 area after that fake-out to $8,800 and lack of volume… Leaves me feeling more bear biased Sorry, there’s no reason for me to feel bullish anytime soon until this range breaks up.”

While many investors have anticipated the launch of regulated trading venues to be a factor for bitcoin’s potential extended rally heading into 2020, so far into 2019, platforms like Bakkt have shown signs of growth but have not shown sufficient volume to impact bitcoin and the cryptocurrency market in a large capacity.

A trader at crypto investment management firm Arca, said that Bakkt could make a big difference in the long term. In the short term, however, new venues are unlikely to change the course of the trend of cryptocurrencies.

Bakkt saw an 800 percent spike in volume on October 10 but according to global markets analyst Alex Krüger, it was not a major move.

“Bakkt’s volume ‘explosion’ was irrelevant, as it was minuscule in absolute terms. This is known as the low base effect,” he said.

The cryptocurrency market could take weeks to months to recover from the near 40 percent it has seen in the past three months and the emergence of new trading venues are not likely to act as key variables.

Following three weeks of stagnation, technical analysts anticipate the bitcoin price to see large volatility in the short term as it looks to test important levels.