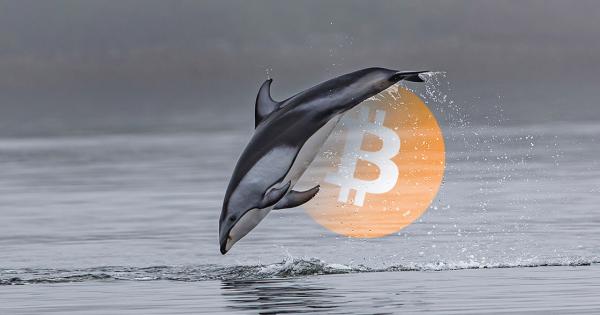 Historically, Peterson said that the bitcoin price has followed the trend of the premium of the Grayscale Bitcoin Investment Trust (GBTC), an investment vehicle used by accredited and institutional investors to invest in BTC.

In the past month, while the premium of GBTC declined, the bitcoin price has remained relatively stable. Peterson stated that the gap between the premium and BTC could trigger the next downside movement for BTC.

Prediction of 30 percent Drop For Bitcoin

If the Bitcoin price drops to the $6,000 level in the upcoming months as predicted by Peterson, it would indicate a 30 percent decline from the current price at $8,300.

GBTC could be considered an indicator of the short to medium term trend of the bitcoin price because it reflects the demand towards the asset from a different market of investors focused around institutions.

Based on the analysis of Peterson, GBTC tends to have a premium of around 30 percent to 40 percent, depending on the state of the BTC market. In recent weeks, the premium of GBTC fell to nearly 20 percent, which led Peterson to forecast a decline to the $6,000 region.

“When bitcoin’s price was well above the GBTC premium, it fell substantially. Now, a gap has opened up again. GBTC’s premium has fallen from $4.00 per share to $2.00 per share. This implies that bitcoin’s price should fall from about $12,000 to $6,000. The relationship between GBTC premium and bitcoin price has not been stable and predictable over time. However, our fundamental models also value BTC at about $6,000. It appears that institutional and long-term US investors in GBTC are expecting this price level for bitcoin as well.”

GBTC has a premium because it allows investors to invest in the dominant cryptocurrency without physically holding the asset and leaving a third party with the burden of security.

It also allows accredited investors that may not be able to access spot cryptocurrency markets to invest in BTC through brokerages.

With the declining daily volume of the cryptocurrency market and the struggle of bitcoin to reclaim minor resistance levels above $9,000, technical analysts have geared towards a bearish short term trend for BTC.

DonAlt, a cryptocurrency trader and technical analyst, said that for BTC to confirm a short term trend reversal, it would need to spike above $9,5000. He said:

“Took out the range high. Even if I take any HTF bias out of the analysis that makes me expect the range low to be hit. The fact that this range developed after a massive breakdown is just a bonus. For me to turn bullish we’d have to trade back above 9.5k,”

Across most major exchanges including Coinbase and margin trading platforms like BitMEX, BTC is showing signs of increasing sell-pressure build-up, decreasing the chances of temporary relief rallies.