The beloved “Bitcoin Pizza Guy,” Laszlo Hanyecz, will be featured in the next airing of 60 Minutes where he will explain how he spent almost $800 million on pizza. 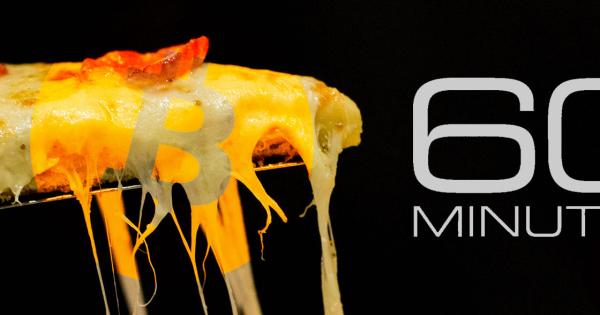 The beloved “Bitcoin Pizza Guy,” Laszlo Hanyecz, will be featured in the next airing of 60 Minutes where he will explain how he spent almost $800 million on pizza. Set to air on Sunday, it will be the first TV interview Hanyecz has ever given and will help bring Bitcoin to a much wider audience.

A computer programmer from Florida has been featured on 60 Minutes and the crypto industry has gone crazy. Set to air on Sunday, May 19th at 7 pm ET, the report has left many people wondering what the fuss is all about.

The programmer in question is no other than Laszlo Hanyecz, the Bitcoin Pizza Guy, a legendary figure in the crypto industry. Hanyecz made history as being the first person to conduct a real-world transaction involving Bitcoin. However, a few years later, he also became known for spending a total of 100,000 BTC mostly on pizza when Bitcoin was worth less than 1 cent.

At the time of the interview, one Bitcoin was worth around $8000, which means Hanyecz spent $800 million worth of BTC on pizza. In the interview snippet, Anderson Cooper, the new host of 60 Minutes, looked flabbergasted, to say the least.

“Are there nights you wake up,” Cooper asks, “where you think, ‘I could have had $800 million… if I hadn’t bought those pizzas?'”

“I think thinking like that is… not really good for me.”

Tomorrow’s 60 Minutes will be focused on cryptocurrencies and the ways they have shaped the world. Hanyecz isn’t the only well-known figure in the crypto industry that will be featured in the show – Lael Brainard, the US Federal Reserve Governor, Neha Narula, director of the MIT Media Lab’s Digital Currency Initiative, and Marco Streng, the CEO of Genesis Mining are all interviewed as well.

While the report has caused quite a media frenzy among the crypto community, it put cryptocurrencies under the spotlight. Having a network like CBS focus on the industry so much will definitely increase interest in Bitcoin.

As May 22nd, the 9th anniversary of Bitcoin Pizza Day is getting nearer, it seems that pizza is also getting more media attention. Charlie Bilello, a cryptocurrency writer and investor, recently pointed out an interesting fact. Domino’s Pizza, which went public in July 2004, has a return of almost 4,200 percent.

Google, one of the largest companies in the world, went public a month later, in August 2004. Its investors, however, have only seen a return of 2,228 percent so far.

Many attribute the incredible ROI Domino’s has seen to the new and improved business model implemented by its retired CEO, Patrick Doyle. Others have also pointed out that Domino’s switch from a restaurant to a tech company, alongside its implementation of crypto payments, is what created the most value for investors.

Watch the interview with Laszlo Hanyecz below: 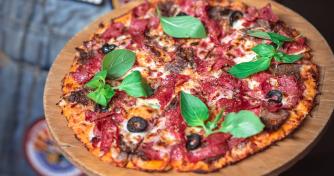 END_OF_DOCUMENT_TOKEN_TO_BE_REPLACED

Marco Streng is the CEO and co-founder of Genesis Group and Genesis Mining, one of the largest crypto mining companies in the world.