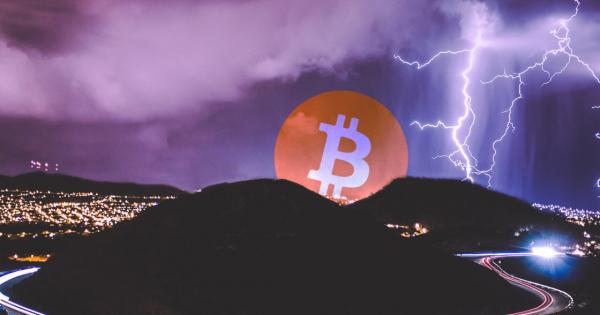 Photo by Emil Jarfelt on Unsplash

Since the launch of its testnet in December 2017, the Lightning Network has been growing steadily, and the node count has increased progressively from 29 nodes in January to over 1,500 active nodes on the 1st of April, 2018.

The Lightning network beta was launched on the mainnet on March 15.

As things currently stand,  Lightning now possesses a higher node count than Bitcoin Cash, which is quite impressive considering it has only been around for a little over two weeks on the mainnet.

Lightning Network node count has exceeded Bcash node count. In addition 70%+ of the BCash nodes are hosted on a "Hangzhou Alibaba" servers which you can check here: https://t.co/g8HC8bAkIX https://t.co/iIUyGaftvQ pic.twitter.com/g1tmAMkXPz

The idea for Lightning Network was first conceived a couple of years back as a second-layer protocol that would be built atop the existing Bitcoin blockchain.

Lightning technology aims to make micro-transactions a reality so that Bitcoin can be scaled and implemented for regular, everyday transactions.

L.N’s increasing market clout has recently been showcased by WooCommerce, a WordPress based commercial platform, that now allows for its usability for both BTC and LTC payments.

While many naysayers continue to question the scalability of this technology, industry leaders such as Jack Dorsey and Charlie Lee continue to support the Lightning Network.

Moving forward, it will be interesting to see how this technology evolves and brings forth innovation within the crypto domain.

Update – this article has been updated to reflect that the SegWit is implemented and the Lightning network testnet has been live since December of 2017.